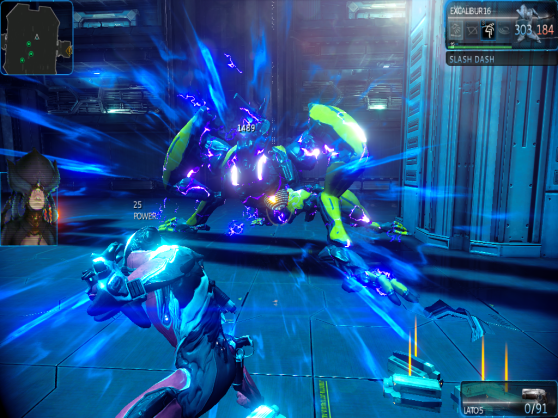 GamesBeat: What are some things, like the wall-running and zip lines, that are still planned to be implemented?

Sinclair: With restraint, yes, though our focus is on refining those things more than adding more complexity. The problem with things like wall-running is we are forcing players to learn it too early, and we’re having to adapt tutorials and look at restricting it. We are a bit cautious of putting in the kitchen sink so we don’t explode people’s minds. [Update 7] adds more ninja stuff, though, like bullet-blocking and stealth attacks.

GamesBeat: Being both a console and PC gamer, Warframe really feels like it needs to be played with a controller. Do you have that support yet, or are you planning for it?

Sinclair: Yes, agreed. The combat works great with a controller but has problems with menu and hacking game navigation. This is a huge priority for us and will be fixed in the next major update.

GamesBeat: Are you considering putting Warframe on consoles eventually? Why or why not?

Sinclair: I wouldn’t rule it out! It would depend on retaining our rapid update schedule and maintaining control over the game’s content. I heard a lot of things in the PS4 reveal that gave me hope this may be possible and even encouraged from Sony.

GamesBeat: While the game looks great, I have to say the Warframes themselves look a little pudgy. All of mine seem to have love handles. Have you heard that feedback yet? Are the Warframe designs final?

Sinclair: Rhino definitely has some bulk to him while, on the other hand, Volt is super sleek. It really runs the gamut. We are introducing new Warframes frequently, so there is always something new to check out, and the customization options are indeed growing. We introduced Helmets in [a recent] update and will be continuing to expand this. The feedback we’ve received generally favors personalization over changing the look of the base models.

GamesBeat: The Foundry seems like a good place to make unique weapons and equipment. Can you give some tips on how and where to find blueprints?

Sinclair: Yes, the Foundry is working very well for us. It really helps us deal with accusations of pay-to-win. We do our best to ensure players that can’t afford Platinum can buy or find blueprints. Some of the coolest gear in the game is actually blueprint-only!

Best ways to get them: kill bosses. Play Alerts, which are only shown to you based on how much of the Solarchart you have unlocked, and getting lucky on the three-star daily resupply. 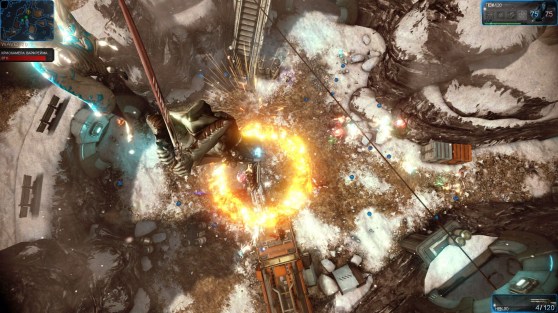 GamesBeat: The game seems a bit grindy. Do you see Warframe as being a game that players spend a lot of time replaying the same levels farming for resources?

Sinclair: That is the way it is right now and shows a lack of diversity in our mid/end-game, which is centered around mastering all of the Warframes and weapons. In the next update, we are smashing the systems that suck in the endgame and reimagining the framework for endgame content. Our Alerts system, which is overly crude, is part of that. My view is it can’t be one thing. It can’t be endgame equals X. Warframe will offer options. Clan meta … deeper item specialization … deeper raiding.

GamesBeat: Warframe, along with other in-development MMOs such as Firefall, has adopted a Kickstarter-inspired early monetization strategy. What has the reaction been like to that?

Sinclair: For the most part, it has been awesome. It gave us more resources — money and people — to throw at the game so we could grow it twice as fast as we expected to. People want to see the game grow and prosper part with their hard-earned money, and we in turn owe them to make their dreams come true. I wanted to really take advantage of the independent aspect of Warframe’s development — we could talk directly to players without censorship — and I think it is starting to work. Players tear us apart, and we react quick, we fix, we improve and ideally surpass expectation.

Downsides? One very interesting one is the social ramifications. Just last night, I read a forum post expressing grief about the Design Council’s sneak peek at our next update. A scathing: pay-to-know. That cuts because I have been consciously balancing our work on feedback from both supporting and free player sources. Our goal is to balance the needs of free players, who play an essential role in building a large and thriving community, while giving supporting players the value they deserve.

GamesBeat: $250 is currently the top founder package. Can you break down the percentage in which players are paying for the different founder levels?

Sinclair: I’m pretty sure I’d be shot if I gave out detailed financial information … sorry! I will say that a sizable percent of our total funding has come from Grandmasters, though, and their generosity is humbling. We owe it to them to make an incredible game.

GamesBeat: $250 is also considerably more than most players put into any game. You could buy Skyrim and all its [downloadable content] two to three times over before reaching that amount, so I was wondering how you quantify the value the player is getting with that?

Sinclair: We’re an independent studio. Warframe’s development is being paid for by DE. Now that we have Founders — and players purchasing Platinum — the players have brought a surge of investment that we are rolling into making the game amazing. As you mentioned above, the Founders program is like a mini Kickstarter campaign. On the high end, you get a virtual seat on the Design Council — where you see how the sausage is made and give input on upcoming features — and kick-ass exclusive gear. All levels include a truckload of Platinum to purchase whatever you want in the game. From the feedback we’ve received, a lot of people want to invest in the game above the typical console game price because they believe in it and want to do their part to see it succeed … and it’s working. 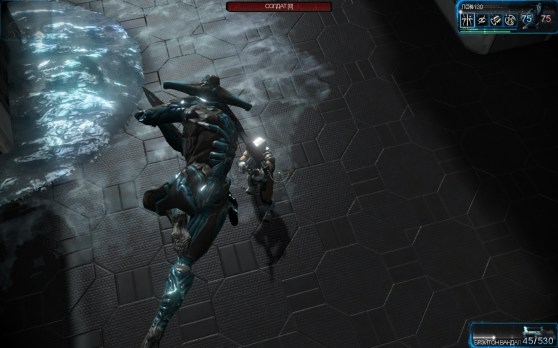