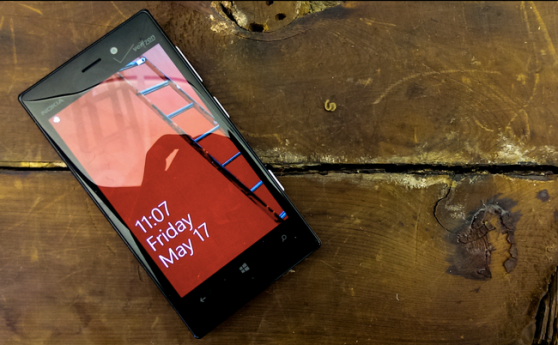 Say what you will about Windows Phone, but the platform’s greatest strength has always been Nokia’s Lumia phones.

And the latest phone in the series, the Lumia 928, is no different. The Lumia 928 is the first high-end Lumia for Verizon, which by default makes it a very important device for Nokia itself. But is it any good? Here are a few first impressions.

A camera to kill for, maybe

Above anything else, Nokia and Verizon are selling the Lumia 928 on the power of its camera. The phone’s 8.7-megapixel shooter “captures amazing blur-free photos and videos even in low light”, according to Nokia, which has gotten in trouble for making lavish claims about its phones’ cameras before. 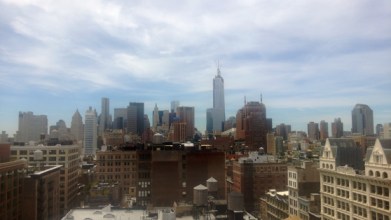 So do those claims hold up with the Lumia 928? Sort of. I took a bunch of shots with the phone, and very few of them came close to the almost-flawless sample shots that the phone teases you with. That’s not to say my photos weren’t nice (the one of the Manhattan skyline is especially good), but they just didn’t consistently match the quality I was expecting. I wasn’t blown away.

Still, the camera is fast, and features like Smart Shoot (which captures a series of images and merges the best ones) and Cinegraph (which is Nokia’s answer to Vine) are neat, if slightly gimmicky, additions. The best part? The Lumia 928 comes with a hardware camera button, which, in full disclosure, I only just now remembered exists.

Nokia is also making a big deal out of the Lumia 928’s Xeon flash, which helps freeze motion in certain kinds of shots. I didn’t get a chance to try this out, but MyNokiaBlog gives a good idea of how it works. 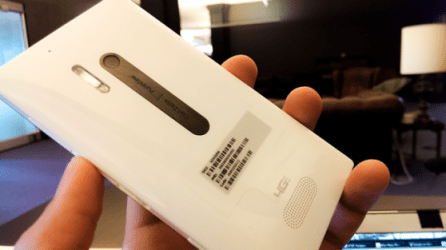 Nokia ditches color for yet another black slab

One of the best, most immediately striking things about the Lumia phones is that they come in a wide, attractive variety of colors. They feel unique, interesting, and fun to hold. That color is gone with the Lumia 928, which, with the exception of its white back, feels like just another black slab. The phone is pretty, but there just isn’t much to care about beyond that. (And the giant Verizon logo on its front doesn’t help either.)

As far as the whole feel-in-hand goes, the Lumia 928 sits right on the line between being solid and uncomfortably bulky. Maybe it’s the squared edges or the plasticky back, but the phone just isn’t particularly enjoyable to hold. For lack of a better word, the Lumia 928 just feels, slimy.

In fact, the Lumia 928 would be a far, far better phone if it had the same aluminum casing as the Lumia 925, which Nokia annouced earlier this week.

One thing I do appreciate about the Lumia 928, though, is its power button, which is placed in the center of its right edge. It’s a tiny thing, but it shows that Nokia puts a lot of thought into how people are using their phones. So thanks, Nokia.

We’ll have a more detailed review of the Lumia 928 very soon.