Yahoo invited press today to a product event in New York saying only that it will “share something special” soon after reports that the company is going to buy blog platform Tumblr.

It seems Yahoo has been very product-focused in the months since Marissa Mayer both took the chief executive corner office and demanded that critical employees not work from home. It has done a lot on the mobile front, releasing apps for the weather as well as Yahoo mail, which VentureBeat’s Jolie O’Dell called gorgeous.

The company also recently integrated Summly, a content summarizing technology, to its mobile homepage, providing a summary of a story to help people decide if they want to read it.

In the past month Yahoo has also acquired a number a companies including GoPollGo and Milewise, a polling app and frequent flyer app respectively.

Yesterday, rumors broke out about what would be the biggest acquisition for Yahoo next — a $1 billion deal to buy Tumblr. We may hear more about this deal at the event, which is set for 5 p.m. Eastern on Monday. 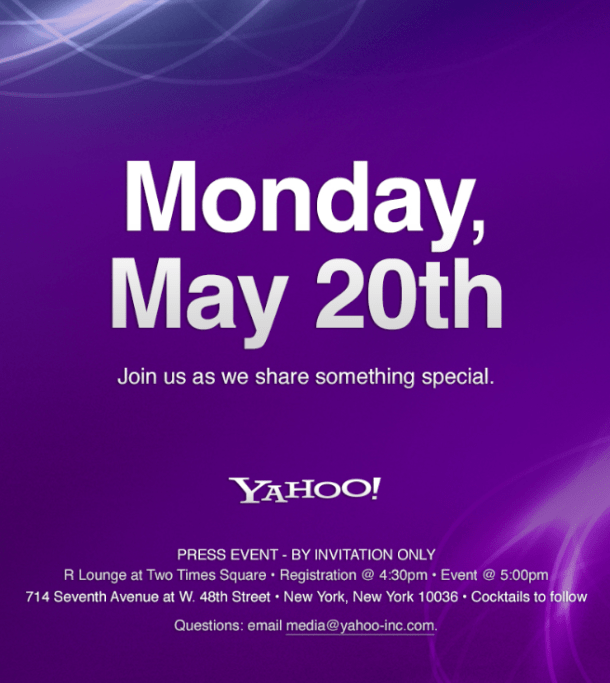