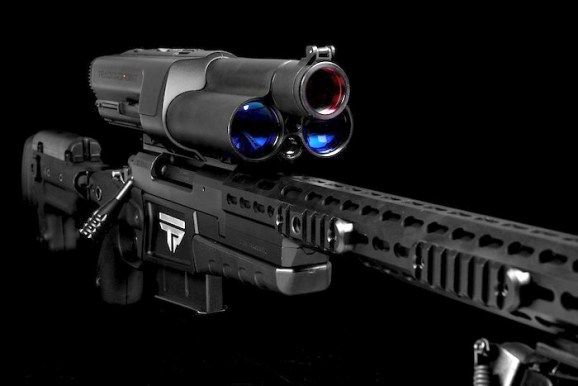 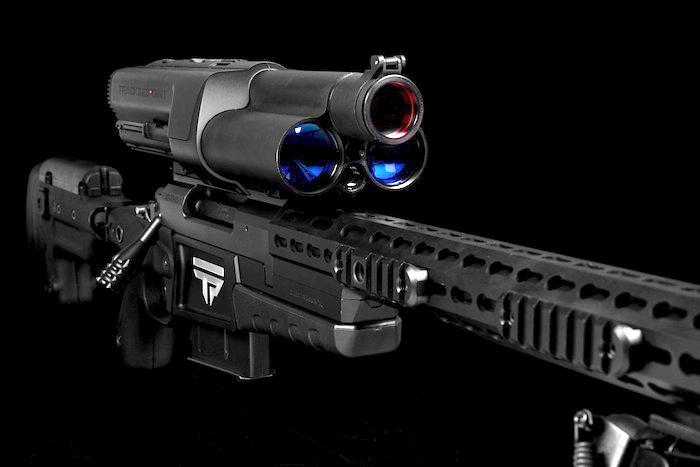 If only Duke Nukem could see this BFG.

The new TrackingPoint sniper rifle doesn’t fire when you pull the trigger. Rather, it fires when it knows it will hit the target you’re aiming at. And then streams video to the included iPad mini to allow you to share your hunting or sharpshooting experience with Facebook, YouTube, or maybe even Al Jazeera.

Now, the company says, everyone can be an expert marksman.

“With TrackingPoint, even a novice shooter can become an elite long-range marksman in minutes, accurately and effectively engaging targets out to 1,200 yards,” the company said in a press release.

That’s good, if you’re a hunter and you want to “ethically harvest” game by making immediate kills shots. But it’s also incredibly dangerous, since now inexperienced shooters can be as accurate — or more accurate — as trained military snipers from almost a mile away. The potential for terrorism and targeted assassinations is obvious.

The shooter simple tells the rifle what he or she is aiming at by locking a laser on the target. The gun’s built-in laser range finder, compass, environmental sensors to gauge wind speeds, inertial measurement unit, ballistics computer, and networked tracking engine then engage. But the rifle only fires when you’re holding it in exactly the right direction to hit the target, ensuring that even the unsteadiest and untrained hands can deploy death from a distance. And every shot is recorded and streamed to your nearby iPad.

Hunters are excited by the possibilities, apparently. 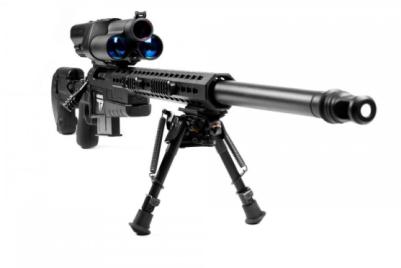 “When I first saw this system, I knew immediately that I had to have one,” said the first owner of a TrackingPoint rifle. “As a sport hunter and professional marksman, I see the TrackingPoint technology as an excellent way to ensure more ethical harvesting of game and to share the thrill of the hunt with anyone. I cannot wait to make amazing shots of my own.”

The Austin-based company that makes the TrackingPoint rifle calls it a “Precision-Guided Firearm (PGF),” carefully avoiding any reference to “snipers” or “sniper rifles.” But the size and weight of this deadly weapon — 27″ long, over 20 pounds loaded — make it a very unusual hunting rifle. I’m no firearms expert, but several sites I’ve checked indicate that average hunting rifles weigh in at 6-12 pounds, and that a rifle of 20 pounds or more is “just too heavy for general purposes.”

TrackingPoint has made some efforts around safety. The sophisticated tracking scope that makes the rifle “smart” is password-protected, according to the company’s CEO, so while the gun will still fire without an authorized user, it won’t allow access to all the intelligence that could make a weekend warrior into an instant Marine sniper.

The company made its first deliveries this week, and due to “overwhelming demand,” has set up a web-based application process to get on the waiting list. We can only hope that the application process doesn’t allow any deranged individuals to access this type of deadly weapons.

And, no matter how smart these rifles are, the question is: are they wise?