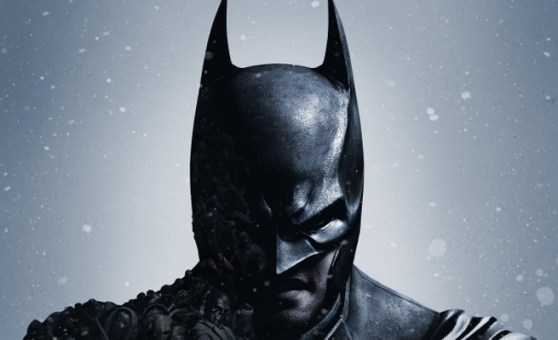 Two years into his crusade, everyone still thinks the Batman’s just a myth. Nobody’s gotten a good look at him. Only crime lord Black Mask takes him seriously … seriously enough to put a $50 million bounty on his head. And eight top assassins have come to collect it on Christmas Eve.

Batman: Arkham Origins (due Oct. 25 on Xbox 360, PlayStation 3, Wii U, and PC) takes the familiar beat-’em-up/stealth gameplay from the Arkham series and backs it up to an earlier time in the Dark Knight’s career. “We wanted to bring Batman back to a place where he was scary, where people who saw Batman wished they hadn’t,” says senior producer Ben Mattes of Warner Bros. Montreal (the studio replacing original developer Rocksteady). “There’s a certain familiarity that Batman has later on in his career. He becomes part of the establishment. That’s not the Batman story we wanted to tell.”

That’s not the Batman you get in Origins, either. Bruce Wayne’s in a very different place here, his anger still raw and on the surface. As Batman, he’s bestial, unshaven, and snarling at his victims. That’s the main thing keeping a creeping sense of over-familiarity at bay.

And this time, the Dark Knight patrols the entire city, not a walled-off prison, though the demo limited me to a fairly small area and didn’t let me access the map overview. Gotham City’s covered in snow and decked out for the holidays, a scene creative director Eric Holmes describes as, “a party hat on top of a corpse.” The streets look oddly deserted, though you won’t find any shortage of violent criminals hanging out on rooftops. Holmes put the absence of civilian life down to a combination of the holidays and bad weather. Put another way, the franchise is rapidly running out of excuses for keeping Gotham uninhabited.

In terms of combat, Warner Bros. Montreal mainly hit the “repeat” button, though a few new enemies mix things up a bit. The hulking Armored Lieutenant echoes past franchise heavies, this time requiring you to rip their armor off before administering a few rapid, multipunch combos. They’re big, slow, and not much to worry about if you pay attention. 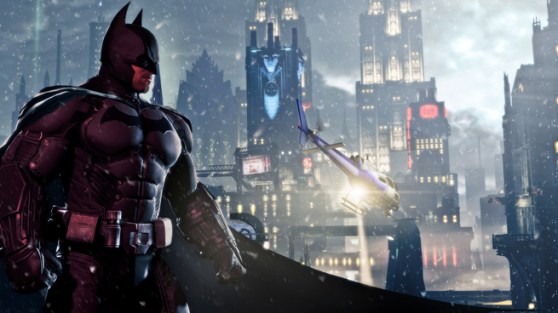 Then you get the new Martial Artists, and going up against trained fighters throws a much better curveball at you. They block and counter just like Batman does, forcing me to engage in a nice, fist-to-face chess match. They also came at me with karate attacks that required repeated blocking — the standard “incoming attack” warning icons get big and angry just before a Martial Artist launches a multihit combo. Squaring off against a few of them pressed me in ways the series hasn’t in a while, forcing me to change up my tactics whenever I saw one on approach. Good stuff.

Less good? Some familiar hiccups return from Arkham City. Booting thugs off a rooftop results in some magical physics to keep them from plummeting to their death. Using the glide boost — a handy way to go from grapple line to flight — can still launch you off into unexpected directions.

Outside of bad guys, I counted exactly two new additions to the series, and they both come with caveats.