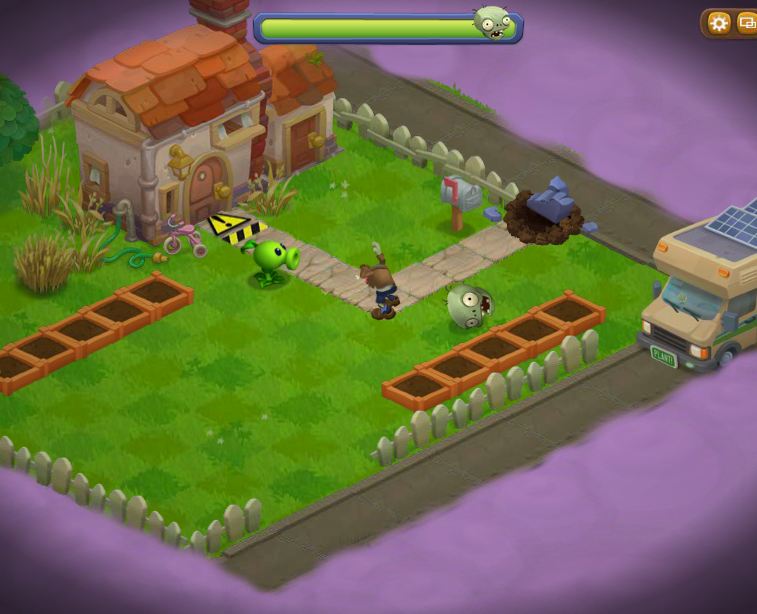 Developer PopCap is a master of delightfully colorful and deviously addictive games, and it just launched its newest title on Facebook.

Plants vs. Zombies Adventures is available to play now on Facebook. It is a free-to-play social game that combines the tower-defense elements of the original title with some new town-building mechanics — and I just spent 20 minutes playing it instead of writing this post.

This is PopCap’s second Plants vs. Zombies game. The developer launched the original in 2009 for PC. It later released it on Xbox Live Arcade, PlayStation Network, Nintendo DS, iOS, Android, Windows Phone, Blackberry, Mac, and more.

PopCap is also working on a separate Plants vs. Zombies 2: It’s About Time that will more closely follow the mechanics of the original game. The studio plans to release that game in June.