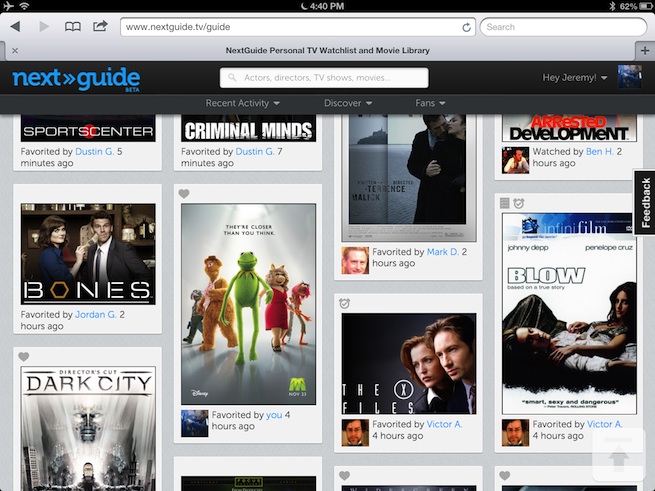 The NextGuide web app brings a universal search feature to the web, which allows you to find what’s available across tons of streaming video services such as Hulu Plus, Amazon Prime, and Netflix. And if what you want to watch isn’t available on those services, you’ll be able to see options to buy or rent it on iTunes or Amazon. And that’s on top of its ability to pull up channel listings and DVR controls for your local TV service provider (Comcast, Time Warner Cable, DirecTV, etc.).

Another refreshing thing the NextGuide web app carries over is the universal watchlist (aka queue). This is something that pretty much always bugs me whenever I’m watching stuff across lots of services, because I can’t remember what I added and if I watched it or when. (More often than not, this pushes me to use a single service like Netflix on a single device like my Xbox.) But the NextGuide app pulls all those shows into a single list for you to check out quickly.

But probably the biggest thing you’ll notice is the new social interaction tools that mimic functionality from social TV check-in service Miso, which Dijit acquired back in February. The service now allows you to follow your friends or others with similar interests in TV shows and movies. These tools help power a new social recommendation engine as well.

The NextGuide Web app is currently operating in closed beta right now, but does allow you to invite three friends. Dijit said it plans to make the new app available to Miso users within the next month. We’ve embedded some screenshots of the new service below for a closer look at NextGuide’s web app. 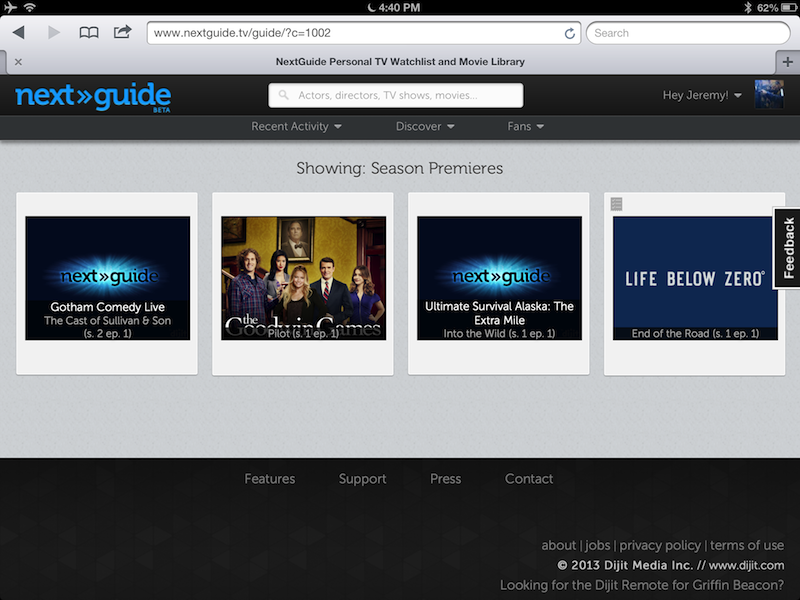