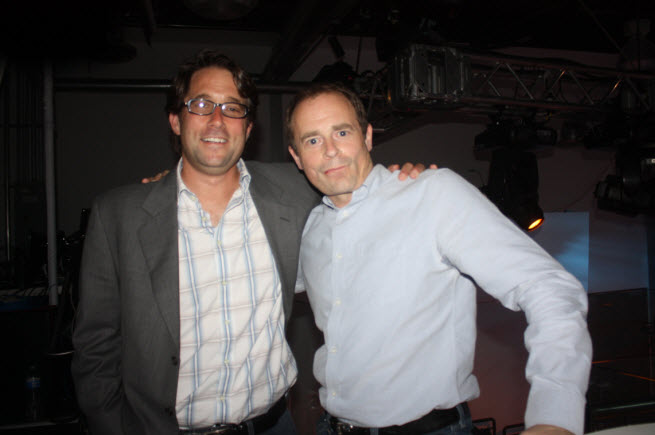 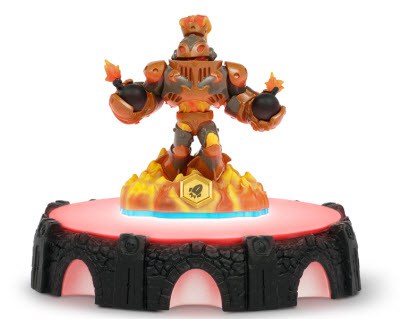 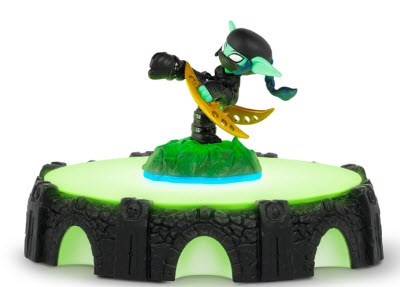 GamesBeat: There’s been a significant amount of product released in the last 18 months across different platforms, different SKUs. What have you learned in this process about being, essentially, a toy company? Have there been changes in how you approach that side of the business?

Coyne: My background is in toy companies, so it’s not necessarily something new to me. Activision as a company, we’ve learned lots of things. The genre is very interesting. Where physical meets digital is incredibly compelling to kids. As Josh said, and as Eric said on the stage, the key is innovation and the magic. That’s what keeps fans engaged, and as long as we keep delivering that innovation and that magic, we’re going to continue to see the success that we’ve seen.

GamesBeat: Guitar Hero was another kind of hybrid toy-game, but it eventually hit a saturation point. I wonder if you have any lessons from that.

Taub: It’s a different piece. The music genre was a mechanism of play and a play pattern. Mixing that play pattern up over time was challenging. If there are innovations against that, there’s an opportunity for that to thrive again at some point. But this is something that has gaming at its core. The people who are playing our game aren’t new to the category. They’re not coming in from a casual perspective. They’re people who play and love other games and are finding value in our gameplay. I don’t think this is a unique novelty. It’s something that captures what is core to gaming and then adds to it with the innovation of the toys. 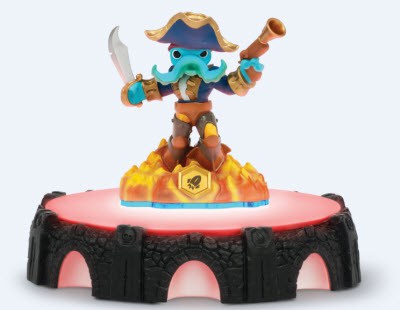 Coyne: Also, collectible toys or action figures aren’t a new thing to kids either. With Swap Force in particular, adding that new swappability, where you can create something and bring it to life, is very compelling and fun to see and do.

GamesBeat: Disney is big enough to bring to bear all kinds of other entertainment and media for promoting the Infinity line. Does that mean you might also go that direction, toward movies or TV shows or whatever?

Taub: At this point, we’re not talking about other ways of bringing entertainment. The truth is, we believe that we’re delivering an entertainment mechanism through the game. That’s where the core of this franchise is.

GamesBeat: Where in development was the technology discovered as far as being able to swap? Did someone just chop one in half, because kids do that sort of thing, or was it part of your original outline of plans?

Coyne: It’s an interesting process. There’s plenty of vectors to innovate against here – the toys, the game. It was born out of a brainstorm at Toys for Bob, and it was something that everybody could see would be a fun thing to do, taking the powers of one toy and combining it with the movement of another. Again, it’s the variety that you get when you have more than 250 combinations. It’s just fun to do. I have a seven-year-old boy, and that’s what they want to do more than anything. “What does this guy do with that guy? What does that guy do with the other guy?” Their curiosity drives them and extends the gameplay.

GamesBeat: What is Toys for Bob’s involvement with Swap Force, since it’s being developed at Vicarious Visions?

Coyne: VV have always been engaged with the franchise as well. They did the first 3DS game. It’s a very collaborative approach. Their key stakeholders have been involved with this game. I’ve been on the game for four years. It’s a big family of people that are involved with the franchise. When you start dealing with toys and characters, you have lots of people who want to get involved and have an opinion. It’s fun. 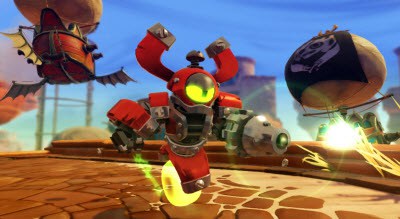 GamesBeat: I’m curious about how the iOS version did. That’s not a market that’s used to going in to a GameStop or a Best Buy and buying a physical product.

Taub: It’s done well in the world of mobile games. It hasn’t done as well as it has in the world of the consoles. What we haven’t yet gotten our arms around is a way to meaningfully bring toys to life in that experience. We’ve got great mechanics across the three games. They’re engaging and compelling. But I think we have yet to hit the nail on the head for how to bring the franchise magic to the mobile world.

GamesBeat: Should that be a priority, then, to get mobile right, given that mobile is the fastest-growing part of the industry right now?

Taub: Where we can get the magic right, we’ll play. It’s something that continues to keep us thinking. Hopefully we’ll crack that nut over time.

GamesBeat: Is that something you’re going to make moves in over the next year, or do you think that it’s time to take a step back and re-evaluate this franchise in that market?

Taub: We’re a company that publishes across all platforms that are viable. We believe that there’s a viable equation here. We just haven’t figured it out yet at a mass scale. We think we can. I don’t think it’s a reset that we’re doing. We’ll just look at the progression and figure out how we get to the end goal.

GamesBeat: It seems like infinitely replayable games are always good for engagement and virality.

Coyne: It’s a fun mechanic, bringing a character into the game. It’s enjoyable to take something physical and drop it into the game and see it appear and then take it out and put something else in. From the very first game, no matter who we were showing it to, it resonated.