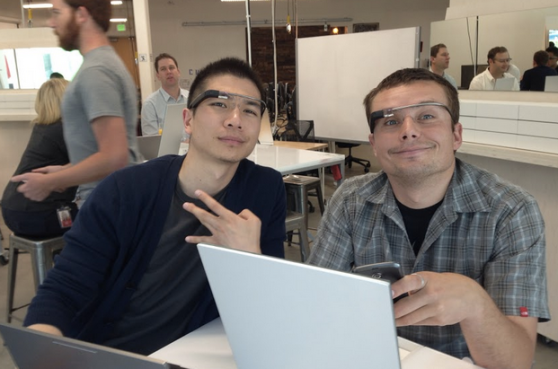 One of the realities with Google Glass is that, the more often you wear it, the more likely you are to lose it.

Luke Wroblewski (pictured above, right) knows that all too well. The product designer says he lost his Google Glass last night, which, according to Google, is a major first for the device.

“[It’s] pretty nerve-racking. It’s an expensive and still-rare item  — plus I’ve been using them to develop Glassware. So [it’s] not good on a number of fronts,” he told me via email.

Wroblewski, who wasn’t wearing the device when he lost it, said that it slipped out his bag as he went through airport security. “[I’ll] put them in a zippered pocket next time,” he said.

While losing the device was bad enough, Wroblewski also had it linked up to a number of his accounts, which makes the whole situation that much more troublesome. Fortunately, it’s possible to remotely wipe Glass from the web — though Wroblewski says he’s holding out for the possibility of them still turning up. (Most people don’t think that’s going to happen, however)

So does Wroblewski consider it an honor being the first person to lose the $1,500 specs? “Not at all,” he says. “But I’m getting the word out in case it helps me get them back.”