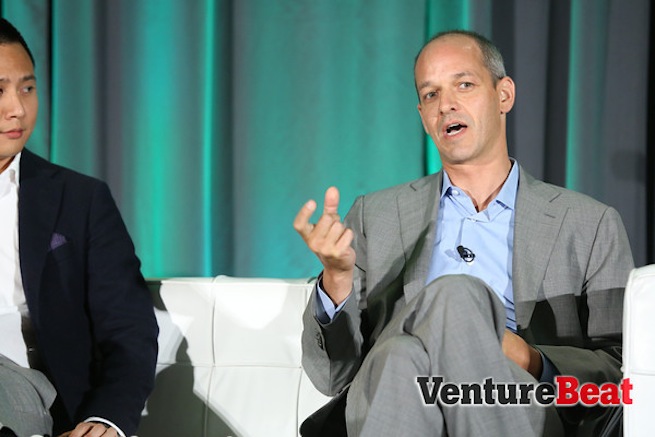 It’s still not clear whether the industry is ready for them.

“Anyone who has to write a check knows the value of cloud computing,” said Joshua Newman, an M.D., who is also the director of product and health strategy at Salesforce, a pioneering cloud technology company and the leader in defining the marketing term “software as a service.” Newman spoke this afternoon on a panel at HealthBeat, VentureBeat’s health-focused technology conference.

Newman said a big part of his job is to communicate the value of the cloud to health providers, and to assuage fears about breaches of sensitive patient data.

In the past, patient records were stored on film, tape and paper charts. As data gets digitized, everyone in the field has grappled with how to keep it secure, including hospitals, physician practice groups, software and hardware companies, consulting firms and affiliated health care organizations.

The federal government recently released statistics that 21 million people had their sensitive health records hacked. This is just the cases that were reported — the actual number is thought to be far higher.

As a result, security challenges have overpowered the benefits of the cloud. Cost-savings and easier software upgrades pale in comparison to leaked health care records. Health providers are treading very carefully.

Newman is convinced that we’ll see increased adoption of services like Salesforce in the coming years. “There are a lot of great examples of how it’s working, and you can see how quickly it’s grown,” he said. “There are emerging standards in health care,” David Chao, a product manager at MuleSoft, said in agreement.

At HealthBeat, we also heard from Box CEO Aaron Levie how the company intends to be an “underlying layer for how content gets stored and shared” for physicians. Recently, Box received HIPAA compliance certification, meaning the product is now considered safe enough to hold on to data about your health — and safe enough for health care developers who use it.

Box and Salesforce are both appealing to progressive CIOs at hospitals and other health providers. But Newman believes it really needs to start small. “Let’s get the ball rolling with small apps,” he said. The hope is that CIOs will then realize the value in these tools.

“Getting into the cloud is not an all-or-nothing game,” said Newman. When it comes to healthcare, he stressed that we can take “baby steps.”