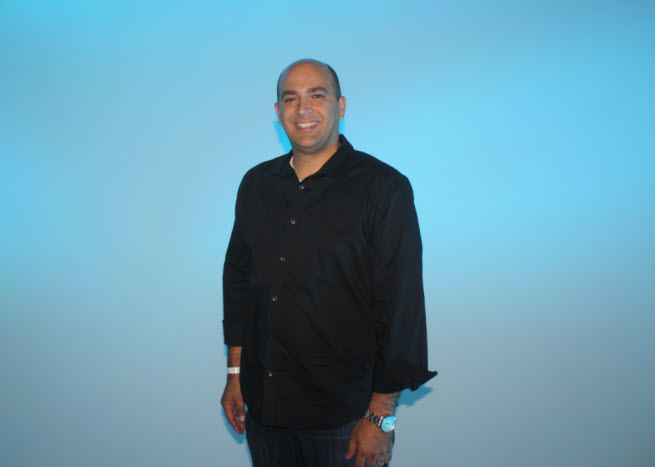 It’s taking more and more creative skill to come up with something original in the Call of Duty series. Activision, which announced Call of Duty: Ghosts today at Microsoft’s next-generation Xbox One unveiling in Redmond, Wash., poured a lot of development resources, time, and money into making Ghosts into a game that delivers all-new gameplay, story, characters, and graphics for gamers who might be just a tad jaded. Observers have expected Call of Duty to hit its peak for years now, but Activision says the series is still defying gravity in terms of sales and player engagement.

We sat down with Daniel Suarez, the vice president of production at Activision Publishing, to talk about the Call of Duty: Ghosts and the strategy behind it. Here’s an edited transcript of our interview.

GamesBeat: What decisions did you make in terms of what to reveal? By showing an underwater level, did you intend to tout the graphics?

Daniel Suarez: Absolutely. If you look at what we’re trying to do this year, it’s delivering on all the key message points — new experience, new technology, new gameplay. That underwater level will be one of the things we demonstrate throughout the campaign, but I think that one really captured the graphic quality. The effects, the particles, the fish, the caustics in the water, looking at the light coming through — that hammers it home in terms of the new engine. The new world, we didn’t tackle that issue so much, but I can talk about that in terms of the story.

And then new gameplay experiences: We’ve had underwater in Call of Duty before, but it’s literally swimming from here to there. This is what I call an all-gullied-up experience underwater. It’s playable. The level we saw showed maybe four minutes of gameplay, but it’s actually a much longer level. The game plays up that suspense and stealth in underwater engagements that we’ve never done in Call of Duty before.

GamesBeat: It seems so beautiful that it’s more appropriate for a Finding Nemo sequel.

Suarez: Nah, I don’t think Nemo is going to blow up submarines. Maybe?

GamesBeat: How do you then communicate to people that “It looks better, but here’s why you’re really going to like it”?

Suarez: I want to touch on three key areas. One is that new world. That plays into why this Call of Duty is going to be different for everyone. Mark touched on it briefly in the video, but there’s a whole new universe we’re going to start with Ghosts. The game begins with a cataclysmic event. It demolishes the southern half of the United States. Unlike other Call of Duty games, you are now the underdog. The United States is decimated. It is no longer a superpower. You’re on the defensive. You and your brother are the two main characters portrayed throughout the game. What happens is that you meet up with this elite group of soldiers called the Ghosts. They’re a reconnaissance force that’s holding the line against this new superpower that’s coming in to invade the United States.

The squad component is probably the most integral thing we’re trying to do in terms of narrative and in terms of emotion in the gameplay. We’re building a different type of game mechanic that we haven’t done in Call of Duty before. Traditionally, you have your buddy character, be it Woods or be it Captain Price. Now it’s your entire squad. We’ve added a dynamic group of A.I. supporting characters that will be with you. We also added a dog to the squad. That’s going to add a new dynamic in terms of gameplay, commanding the dog. He’s part of your squad, and he’s actually going to do things in the game that you haven’t done before.

What Stephen Gaghan did – he’s the writer we brought in; he wrote Traffic and he directed and wrote Syriana – he’s bringing in a different level of storytelling than what we’ve done before. We brought in David Goyer on Black Ops, and he was all about telling the dual storylines over longer time periods and creating these twists within the game. Gaghan brings a different level of human connection and character that we haven’t done in Call of Duty before. We believe that next gen will allow us to do that with the performances of the characters, the interactions with the A.I., the interactions with the dog, things like that. That’s the new world as it plays out.

GamesBeat: It seems like you guys are OK with creating parallel universes, where the U.S. gets destroyed over and over again.

Suarez: We can only blow up certain parts of the world so many times, so we have to create this new subgenre to allow us to do it. That’s a joke, by the way.

Adding on to what I was saying, you have this new world, and the new technology is what gets that new world working. We’re rebuilding all the elements of the Call of Duty engine one by one, starting with the animation system, the lighting system, the rendering system, and the particle system. All these things have been rebuilt for those next-gen platforms to allow us to do more than we’ve done before. The number of bones that go into a character’s face has doubled. The amount of what we can do in terms of particle effects has multiplied six times over. Everything that we’re doing is amped up to a new level – lighting, how we can play with audio, all of those things are going into making this the most beautiful, most dynamic, biggest leap in Call of Duty that we’ve seen.

Once you take those components together, then you add that last concept, which is that everything we do with the tech is to drive the gameplay — how the player will engage, who they’re engaging with, what they’re doing. Engaging with the dog character — that’s going to be a new gameplay experience. The way you’re going to move the environment – mantling over things, peeking over side walls – these are subtle little things, but they’re things we’ve never been able to do before.

That animation system is interesting, actually. Traditionally in Call of Duty, your animation system in single-player was always much more fluid because we could support more animations in single-player than we could in multiplayer. That system has now moved over to the multiplayer system, so multiplayer animations will be much more fluid than we’ve had before. It’s all these things that come together into why we believe Ghosts is going to be the biggest leap forward for Call of Duty.