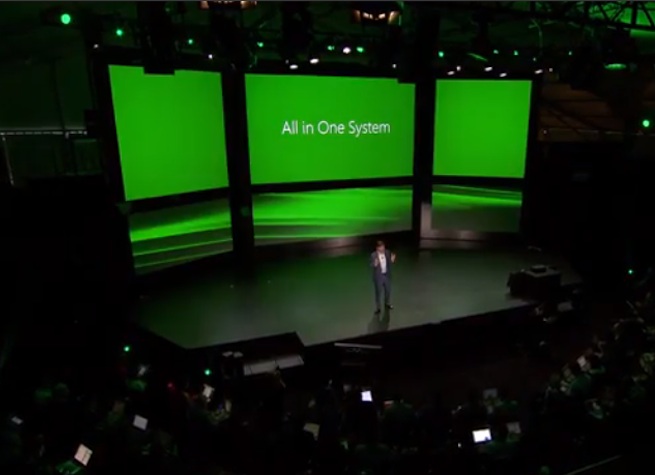 With Microsoft’s introduction of the new entertainment watching experience through its new Xbox One console, one of the biggest winners will obviously be for those that love live sports.

The company announced a new partnership with the NFL that will see America’s most popular pro sports league bring original content to the Xbox. There was plenty of talk about being able to integrate sports scores, play-by-play views, socialization, and more into the TV screen as well as making fantasy football leagues more centralized to your experience. Specifically, we don’t know which games or sports shows will get the new Xbox One treatment, but I assume Microsoft and the NFL will reveal more in the weeks to come.

I got the sense that the NFL programming will seek to use all the available devices in interesting ways that either don’t overlap or take away from the central experience of the content.

The NFL programming isn’t the only nongame content that Microsoft revealed during today’s Xbox One event. The first was a new interactive Halo TV show produced by the legendary Steven Spielberg, who created roughly half the childhood favorite films for anyone born during the ’80s.