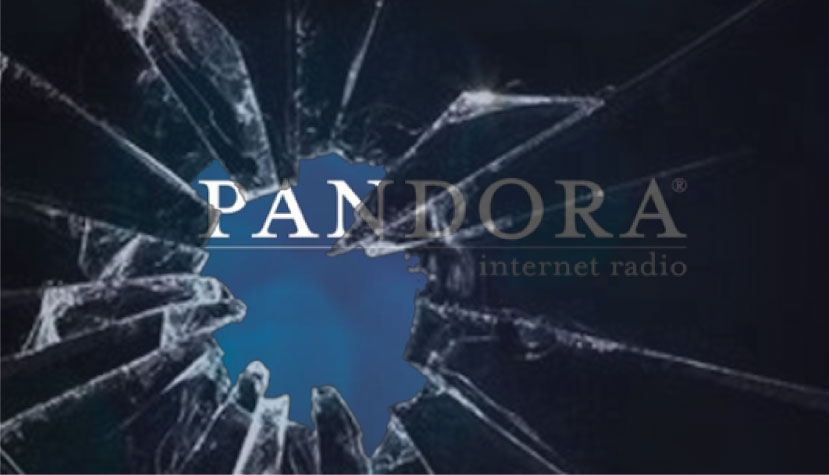 The world’s largest streaming music service, Pandora, is finally adding some deep integration with the world’s largest social network, Facebook, giving its users a much easier way to socialize their musical activity with friends.

Following on the heels of yesterday’s Pandora Premieres announcement, the new Facebook integration adds a helpful social layer to the streaming music service, and may help assure investors that Pandora is moving forward despite a grim business outlook ahead of tomorrow’s Q1 FY2014 earnings report. Previously, Pandora’s now former CEO Joe Kennedy testified at a congressional hearing that Pandora would be unable to sustain its business if music royalty rates weren’t lowered, (and it doesn’t appear the rates will drop). There’s also the matter of increased competition in smart radio services from giant tech companies with lots of money to burn. Google recently launched its own Google Play All Access streaming radio service, while Apple and Amazon are rumored to debut similar offerings later in the year. 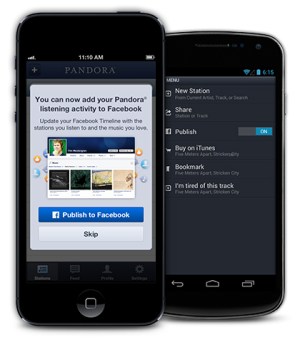 As for the new Timeline app integration, Pandora isn’t following other media companies that have provided deep integration with Facebook’s Open Graph, which allows people to see all of your activity from both the Facebook news feed and from an activity ticker. Streaming services like Spotify allow friends on Facebook to see songs you’re currently listening to, which I’ve never found very compelling.

Pandora’s Facebook integration is a bit different because it focuses on adding things to your Timeline under a music section. When people are exploring your Timeline page, they’ll see a record of your songs played, favorite artists, and custom radio stations that others can then listen to. It also pops up in the Facebook news feed, but as a past event that behaves more like a news story than an activity. And determining exactly what listening activity you want people to see is pretty easy — meaning I can hide most of the random 90s slow jams that pop up. You can toggle the automatic sharing on and off as needed, which I can’t really say about the fire hose of activity offered by other music services that integrate with Facebook. Those sharing controls are also available on Pandora itself.

The new Facebook Timeline integration is available across all of Pandora’s applications and platforms (iPhone, iPad, Android devices, Pandora’s website, etc.) today. Obviously, the company is committed to a more social Pandora experience, but the more interesting observation is in how it’s not at all trying to promote an increase in listening (or consuming) activity.

Media companies like Spotify, Viddy, Vevo, Ustream, and others all saw a “Facebook bump” in new users and time spent on their respective services after integrating with Facebook’s open graph. But that sort of move could actually hinder Pandora’s overall business strategy. It’s already one of the largest streaming music service almost to a fault, with 200 million total registered users and over 1.49 billion hours of music listened to per month.

Despite record growth, the company said it’s unable to generate revenue and grow long-term profitability without the aid of any “Facebook Bump” due to what it sees as unreasonably high music licensing fees. Those fees have forced Pandora to implement a 40-hour monthly music listening cap on users of its free, ad-supported service. Therefore it would appear that a large growth spurt would end up hurting the company’s bottom line, since its advertising revenue isn’t able to keep pace with Pandora’s operational growth and increasing music licensing costs. But preventing the service from growing and attempting to lower the amount of interaction spent on it from its most loyal would be a very backwards strategy — not that I think Pandora’s Facebook Timeline integration is an attempt to do either of those things; still, the addition focuses more on keeping current users than grabbing new ones.

We’ll have to wait until tomorrow’s earnings call to find out if recent developments (Kennedy’s departure back in March, the Facebook Timeline integration, and new unreleased album station Pandora Premieres) are enough to keep the company’s stock from taking a dip.