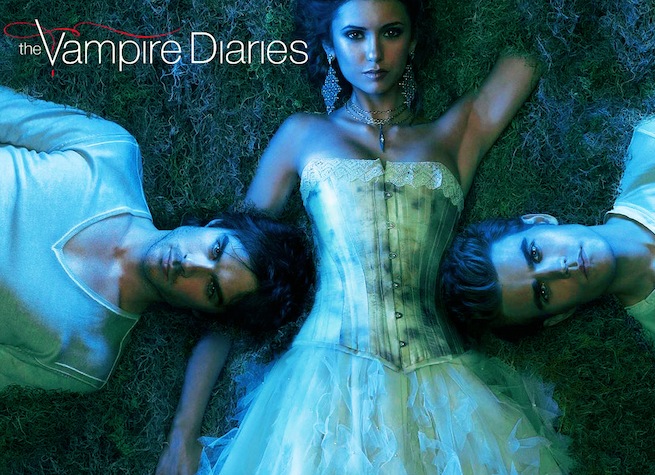 Thanks to Amazon, writing fanfiction about popular television show characters just became more than a passionate hobby that earns you ridicule from friends and co-workers.

Today the online retail and digital media store announced a new publishing platform called Kindle Worlds that allows anyone to write their own, original stories based on licensed content from a number of TV shows currently airing on the CW and ABC Family — the two channels best known for angsty hour-long dramas adapted from young adult book series. Under a deal between Amazon’s publishing arm and Warner Bros. Alloy Entertainment division, fanfiction authors can publish stories about Gossip Girl, Pretty Little Liars, and Vampire Diaries within Amazon’s Kindle store. Not only that, but those authors will even earn royalties when people buy their work.

So to recap, Amazon just MONETIZED FREAKING FANFICTION. (I never thought I’d be addressing the idea of fanfiction writing as a profession, but here it is.)

Royalty rates are actually pretty reasonable under the Kindle Worlds platform. Amazon will pay copyright owners of the original work an undisclosed percentage, while the author of the new stories will get a 35 percent cut of net revenue on each sale, provided the work is at least 10,000 words. Amazon is basing net revenue on the sale price, not the wholesale price that traditional book publishers offer authors — meaning authors should get a better payout if successful. Authors of stories that are under 10,000 words can earn a royalty of 20 percent off net revenue, with most stories priced at $1 or less. And Amazon said royalty payments will come once a month.

Amazon said it plans to announce additional licensed works for the new Kindle Worlds platform in the near future. Kindle Worlds itself will launch on the Kindle store in June with more than 50 commissioned stories from bestselling authors like Barbara Feethy, John Everson, and Colleen Thompson. So even established authors wanting to write their own original stories derived from a licensed work can jump into Amazon’s new program.

Beyond the new opportunities Kindle Worlds creates for authors, Amazon also points out that this is a new revenue stream for licensed content. It allows the rights owners of those original works to generate money from good stories that they otherwise wouldn’t see if an author had to change all the names and affiliations of their story so it could legally be published. For example, as VentureBeat’s Ricardo Bilton just pointed out to me, mega-successful book series 50 Shades of Gray started as Twilight fanfiction. That said, every big book series or popular body of work (Star Trek, Star Wars) likely won’t be signing a deal with Kindle Worlds. Still copyright owners of franchises that don’t do much business with book publishing will likely be interested.

Top image via The CW