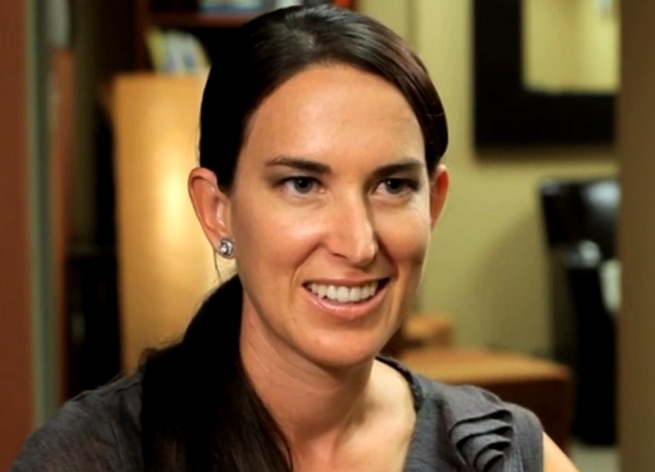 Divorces are traditionally terrible. But Wevorce, a Y-Combinator-backed startup that has just launched into general availability, wants to change that and make the process of divorce more amicable and less expensive.

Wevorce first caught our eye at March’s Y Combinator Demo Day. At the event, Wevorce founder Michelle Crosby [above] told the story of being dragged through her parents’ painful divorce when she was 9 years old. Her parents fought for 15 years and they still don’t talk to this day.

So Crosby grew up and decided to make a solution that could help people like her parents. Instead of a two-lawyer arrangement, Wevorce assigns a single attorney to a case and gives a divorcing couple software to make the process easier to understand. Wevorce claims the software helps its attorneys complete paperwork in 60 percent of the time it normally takes to go through the process.

“Divorce tests as the second most stressful event in an adult’s life,” Crosby told us via email. “Wevorce is humanizing the transition from one household into two for families. Not only does Wevorce address the legal implications, we also address the emotional and financial aspects that are inherent in every divorce.”

Besides making the divorce process more understandable and speedy, the company also claims to make it cheaper. Wevorce says its set fees range from $3,500 to $15,000. The company says the average case costs less than $10,000 while traditional divorces can cost upward of $27,000.

To date, Wevorce has only been available in a handful of U.S. cities including San Francisco, Seattle, Portland, Boise, San Jose, Calif., Oakland, Calif., Asheville, N.C. But now the service is available so any lawyer in the U.S. can tap the software and any divorcing couple in the U.S. can connect with lawyers through the service.

Check out the video below for more on Crosby’s inspiration to create Wevorce.