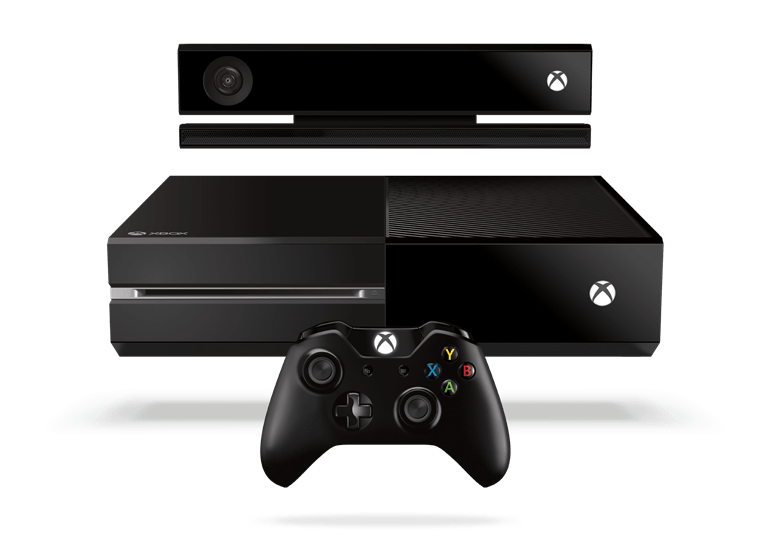 If you had asked me last week to pick a single device that embodied everything Microsoft was trying to accomplish in 2013 and beyond, I’d instantly point to its Surface tablets. After yesterday’s Xbox One reveal, though, the answer is no longer as clear-cut.

Building on its experience with the original Xbox and Xbox 360 (and to a certain extent, its work on the Windows CE operating system for the Sega Dreamcast), Microsoft has fashioned a powerful gaming system in the Xbox One that will also serve as a media hub for the entire family. The Xbox One can integrate with your TV service, multitask like a computer, and give you instant access to media in the cloud.

It’s more a powerful home theater PC than it is a game console, making it a great tool for bringing Microsoft’s services into your living room. More so than the Xbox 360 — which started out as a simple gaming machine but evolved into an entertainment powerhouse thanks to a slew of regular software updates — the Xbox One is built to take advantage of Microsoft’s web services right from the start.

And it’ll only become more integrated over time. 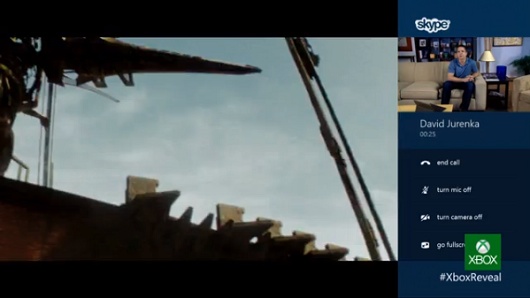 While rumors have swirled for a while that Skype would eventually head to the Xbox 360, it turns out that the service is actually making its console debut on the Xbox One. You can thank the revamped Kinect sensor for that — it’ll be packed in with every Xbox One, and it also sports a much higher resolution camera than the initial Kinect (which essential for getting decent video from wide living room shots).

It’s not the first time Skype has hit the living room. The video chat app is also available on Google TV devices (with a special Logitech camera) and some smart TVs. But launching on the Xbox One will give Skype its largest living room audience yet, and it’s something no other video chat service will be able to easily match.

You’ll be able to participate in Skype group video chats on the Xbox One, and since the console supports true multitasking, you’ll also be able to jump into video calls while playing a game or watching a video. And of course, the Skype integration will let you easily chat with your friends using Skype on other platforms, like PCs and smartphones.

After two years, it seems like Microsoft’s $8.5 billion Skype acquisition will finally pay off with the Xbox One.

Even though it was a fairly minor bit of the Xbox One’s announcement yesterday, the console’s integration with Microsoft’s Azure cloud computing platform has far-reaching potential over the next few years. It could be used to scale Microsoft’s Xbox Live service (the company is already adding 300,000 servers to power Live for the Xbox One, while it’s only running on 15,000 servers right now) and store your games and saves. Most intriguingly, Microsoft also mentioned that it could be used for offloading computational tasks to the cloud.

With Azure’s infrastructure, “Xbox Infinity” may have been a better name for the Xbox One.

The promise of cloud computation means that games on the console will only become more complex over time — imagine better in-game physics when you’re connected to the web or seamless loading for maps for massively multiplayer games. Console developers typically manage to eke out better performance from systems as they age, but with Azure’s cloud computing capabilities, Xbox One games could conceivably keep getting better indefinitely. The only limit will be our Internet connections.

Xbox with a touch of Windows

A simplified version of Windows is one of three operating systems powering the Xbox One, which means Microsoft’s new Windows platform now lives on your television in addition to tablets, PCs, and smartphones (Windows Phone 8 has a big chunk of Windows 8’s kernel, the main component of the OS). You can also see a hint of Windows 8’s flat live tiles on the Xbox One’s new interface.

On the Xbox One, Windows powers nongame applications like Skype and Netflix. This means developers can also create new apps easily — potentially with some of the code they’re using for existing Windows 8 apps. The console also runs an Xbox OS for gamers, as well as a hypervisor that lets the the Windows and Xbox sides play nicely together.

Having Windows baked in makes it easier for Microsoft to integrate even more of its services into the Xbox One down the line. It also helps to power the Xbox One’s intriguing multitasking capabilities, a first for a console. While the PlayStation 3 and Xbox 360 often struggled just to do more than one thing at once, the Xbox One will let you snap apps to the side of the screen just like Windows 8. During Microsoft’s demonstration yesterday, moving between apps on the console was also incredibly fast.

Voice commands have also been greatly improved with the new Kinect, a combination of the Xbox One’s faster processing power and multitasking capabilities. You can command the Xbox One to turn on (which flips on your TV and home theater receiver at the same time) and switch from game to media environments. Instant and accurate voice commands remove the delays it currently takes to navigate the Xbox 360, and it opens the door for even more creative uses of the Xbox One (perhaps as a central hub for home automation, or to remotely give commands to your PC).

I’ve always been intrigued by Microsoft’s initial strategy with Windows 8. Rather than repeat what’s worked with Windows for so long, Microsoft took a radically different route and built an OS that’s optimized for touchscreens. Simply looking at the Surface devices tells you that Microsoft envisions a feature where tablets and laptops merge.

With Windows on the Xbox and Windows Phone 8, it looks like Microsoft’s future isn’t just focused on predicting what computers will look like in 10 years — it’s also attempting to unify its platform on every screen in your life.

What does this mean for Sony?

While Microsoft seems dead-set on showing us the many ways the Xbox One fits into your life with its many services, Sony seems more focused on appealing to gamers with the PlayStation 4. We saw plenty more games during the PlayStation 4’s launch event, and there was also more talk about how its hardware will improve the gaming experience.

I can’t blame Sony for making its pitch to gamers, but Microsoft may have had the better idea by focusing on a more general audience. Microsoft isn’t just targeting gamers — it’s targeting everyone who sits in the living room. And unlike Sony, it has a wealth of services to make that pitch stick.