GamesBeat: Do you know how Call of Duty is going to be different on each platform right now?

Hirshberg: You heard us reference the fact that the downloadable content will be available first on Xbox, which is something that we’ve had in the past. I don’t have more announcements other than that except to say that we’ve had a great partnership with Microsoft. They’ve been incredibly supportive in helping us build this franchise. We look forward to continuing that. 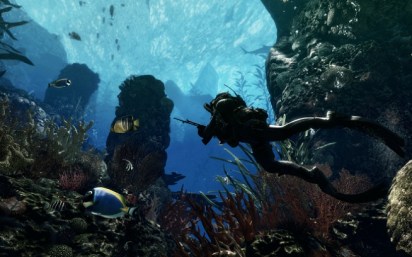 GamesBeat: What reaction have you guys seen so far [with] this departure from the predicted path?

Hirshberg: You’d probably be able to tell me that better. From what I’ve heard directly, it seems pretty positive. From what I’m seeing online, it seems pretty positive. Just for fun, I typed “Modern Warfare 4” into Google and saw that there were 122 million search results for a sequel that doesn’t exist. Then I typed in “The Dark Knight Rises,” which is a sequel that does exist and did pretty well, and there were only 116 million search results for that. Obviously, that means there was a lot of built-in curiosity and interest about making that game.

Ultimately, though, we chose not to capitalize on that, for the reasons I laid out on stage today. We felt like, with a new generation of consoles, we want to set the gold standard. We felt the best way to do that was not to lean on existing characters or existing narratives or existing worlds. We wanted to start with as clean a sheet of paper as you can with a Call of Duty game.

Obviously, there are things about Call of Duty that will always be Call of Duty. You have to continue to make the game that people have fallen in love with. But the chance to do an all-new sub-brand, an all-new narrative, an all-new world, and all-new characters built on an all-new engine for the next generation was a great opportunity. There are a lot of things about it that are going to feel different, but at the same time, it will feel like the same thrill ride that Call of Duty always delivers, that Infinity Ward does such a great job with.

GamesBeat: Did you decide to save something for [the Electronic Entertainment Expo], like the playthrough?

Hirshberg: Oh, yeah. You’ll see a lot more at E3. You were at our pre-E3 event, right? The one thing you saw there that you didn’t see here, just because we had a little more time, was the playthrough of the level, the ship graveyard. There’s more where that came from that we’re going to be talking about at E3.

GamesBeat: Some people were wondering about whether those guns could really shoot underwater.

Hirshberg: You know what’s funny? I get that question a lot. Those are authentic weapons that are used underwater. Of course, we work with military consultants to get the authenticity of the equipment just right. I know they just look like rifles, but those are the guns they use underwater. I asked the same question. “Hey, does that work? Really?” 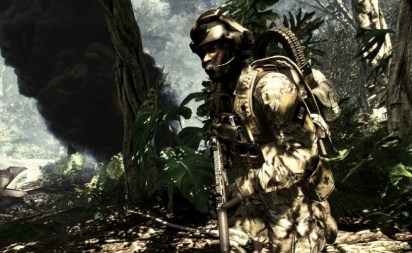 GamesBeat: We haven’t seen too much of the competition yet. I know that, on the earnings call, you guys were a little unsure of what’s going to happen in the second half because there is so much competition. Is there any more insight you’re getting?

Hirshberg: Those comments were more focused on the challenges that any console transition year introduces. We always have strong competition. Strong competition is nothing new for Call of Duty or any of our franchises. This year will be no different. It might be particularly intense, but our policy with ourselves has been pretty consistent. We try not to focus on the competition. We try to make the best game we can. Our biggest competition is topping ourselves every year, particularly on Call of Duty. I feel the same way about Skylanders. I think that we were striking an appropriate note of caution only because if you look at history, console transition years can create some challenges in the short term, which are usually paid off by big opportunities in the long term. We don’t want to be cavalier with that.

GamesBeat: Have you doubled up on the numbers of people working on this?

Hirshberg: It’s a big production. You’ve got a cross-generational production. You’ve got the challenges that always come with a new engine. The team’s had such a facility and a familiarity with the engine that we’ve been using for several years now that even though they built it, they’re also learning about what it can do. We wanted to make sure that the game for the current generation was also a spectacular experience, the best possible experience on current hardware. At least this year, and probably beyond, there’s going to be a sizable percentage of people who will be playing this game on the current generation. We want to deliver a superb experience there, too.

Because of that, we made the decision early on to have the same development team create the game for both generations. We didn’t want to outsource the current generation or treat it like a port. Also, the current-generation game will benefit from a lot of the ideas going into the next generation. Obviously, the new engine is a new engine across the board. A lot of the gameplay ideas, like dynamic maps and character customization, are things that will show up across generations. 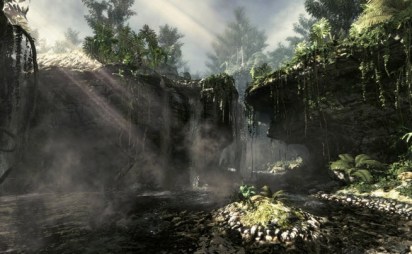 GamesBeat: Do you feel like you’re at a point where the new platforms are receiving as much investment as the core ones? Things like Call of Duty in China or on mobile platforms — are you starting to pour a lot more into them?

Hirshberg: Our strategy has been to make a few bets and then go big with them. The things that we’ve talked about and greenlit are things that we’re pouring a lot of resources into. Call of Duty China is not a small investment. It’s a ground-up development in order to make a game that’s appropriate for the Chinese market — free to play, microtransaction-based. Obviously, it stands on the shoulders of a lot of great Call of Duty games that have come before it, and that gives us a lot of great assets to pull from, but we still had to remake the game for that market and for that mechanic. We had to make sure that it draws people in the way a good free-to-play game should. That’s a big investment. The bet we’re making on Bungie and Destiny is a huge investment.

As always with Call of Duty, we take nothing for granted. We never rest on our laurels or assume anything. We’ve got the most engaged and vocal and wonderful fan base in the world. What gets us out of bed every morning is making sure that we’re going to exceed their expectations every time.

GamesBeat: It’s interesting that no other company seems to be narrowing down its focus as much as you guys, and yet you also have so much wood behind each arrow.

Hirshberg: That’s true. We used to get called a one-legged school — or a two-legged stool with World of Warcraft and Call of Duty if you look at Activision Blizzard overall. Activision Publishing got called the one-legged stool. We’ve shown, with Skylanders, what can happen when things go well, when we make the right bet with the right amount of resources behind it. Here we are, and it’s the biggest game in the world this year so far. That’s amazing. We’re talking about something other than Call of Duty in that spot. We think that we’re making the right bets. Destiny is going to be another great addition. China will be another great addition.

We have taken an unusual strategy as a company. I always have to point out to people that we didn’t just do that in a vacuum, though. That choice came from the behavior of consumers and not just gamers, by the way. Look at all forms of entertainment. It’s a franchise-driven world right now. People are investing more and more time in the worlds they like and the characters they like. They’re going deeper into them. That’s true of Harry Potter. That’s true of Marvel. That’s true of Call of Duty. That’s true of so many franchises that are at the top of the charts in different media. To me, it’s as much driven by consumer behavior as by any vision we have. Our job, then, is to make sure that we top ourselves every time out and bring new innovation every time out. It’s a fun challenge.