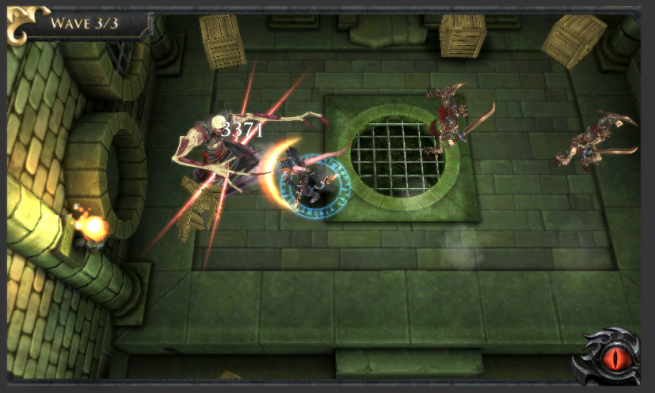 Comb your dwarf beard and clean your elf ears, because mobile publisher DeNA is working with Wizards of the Coast to bring a new role-playing game based on Dungeons & Dragons to iOS and Android.

Dungeons & Dragons: Arena of War is a “battle-RPG” that has players picking their legendary characters to take on quests solo or online with other gamers. It uses the Forgotten Realms setting as a backdrop, but it has nothing to do with the upcoming Neverwinter game in development for PC.

Developer DeNA Santiago is combining the Dungeons & Dragons rule set (based on the upcoming 5th generation, codenamed D&D Next for now) with modern mechanics like massive in-game events and multiplayer competitions. 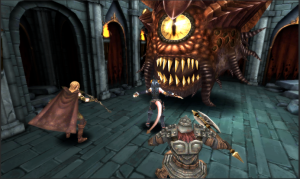 Fans can sign up now to register for the games Android and iOS release at DNDArenaofwar.com, which grants players access to a rare power in the free-to-play title. DeNA expects to release the game this summer.

“Arena of War is a free-to-play, turn-based battle-RPG,” DeNA Santiago head developer Tiburcio De la Carcova told GamesBeat. “It has a very strong social component. You can play and interact with your friends.”

De la Carcova told us that the team is making every effort to optimize the play experience for mobile devices. This is a fully 3D adventure game, so DeNA wants it to appeal to real gamers. At the same time, it doesn’t want to frustrate players with difficult or unfriendly controls.

“We didn’t try to replicate the PC experience,” said De la Carcova. “We made it a unique experience for mobile devices, and we think we came up with a real novel way to play.”

That means a lot of taping, swiping, and other finger gestures to control the onscreen action.

Despite the new controls, De la Carcova wants to bring the classic feeling of D&D to mobile. He is designing the game to lower the barrier of entry to the beloved series.

“I don’t think there is a D&D game in the mobile arena that captures the classic elements,” he said. “And this one isn’t just about the classic D&D rules — it is also about adapting those elements for mobile.”

This is a free-to-play game, but that doesn’t necessarily mean players will start with underpowered characters. Gamers can choose from 16 classes, but DeNA plans to expand that in the future.

After that, it’s all about doing quests with a party of other characters. The A.I. can control those roles, or players can team up with their friends online.