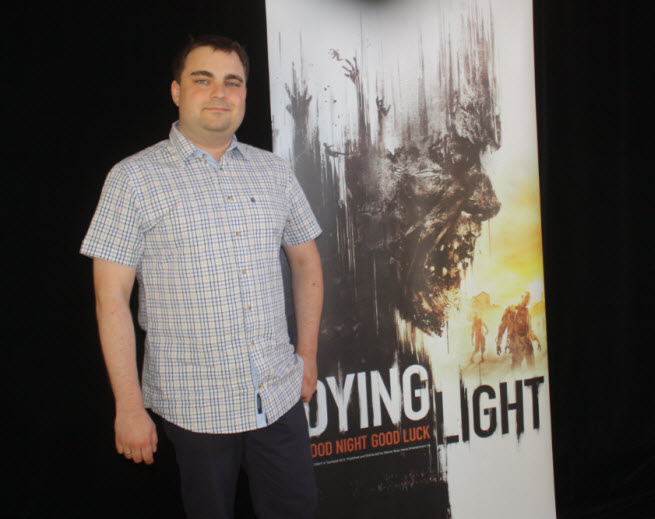 The new video game consoles are coming, and so are some brand-new big budget video games. One of them is Dying Light, the night-day zombie game that Dead Island developer Techland is making for Warner Bros. It’s a scary title where you prey on slow-moving zombies by day and then flee the fast-moving ones as they hunt you down at night. Warner Bros. Interactive Entertainment recently showed a preview that scared the heck out of me.

Gorgeous isn’t a word I would use to describe an extremely violent zombie-killing game. But the graphics look amazing, and it will look quite pretty on next-generation game consoles when it debuts either late this year or next year. One thing is clear from the preview we saw. Techland is ready for the triple-A stage for video games. Its work is first-rate, and I’ll be interested to play this when it comes out.

We caught up with Blazej Krakowiak, international brand manager at Techland, for an interview after the preview presentation. Here’s an edited transcript of our conversation. Check out the video at the end as well. Techland will be showing off the game at the upcoming E3 game trade show in Los Angeles in June. The game debuts in 2014 on multiple platforms, including next-generation consoles.

GamesBeat: What background do you guys have? What have you done before?

Blazej Krakowiak: As a company, we were founded 21 years ago. We were the developers behind Dead Island and the Call of Juarez series. Some people might remember our science fiction shooter Chrome. That’s one of the games that started at all. We have a lot of faithful fans, but we’re always anxious when we bring out something this big. Dying Light is our most ambitious project to date. 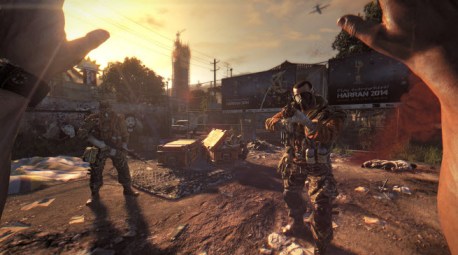 GamesBeat: How recently did you move on to this? What were you finishing just as you started?

Krakowiak: Development on Dying Light started early in 2012 when the core team finished Dead Island. That sold very well – it was one of the milestones for our company – but it wasn’t enough. We wanted to take the zombie experience to another level. We started working on more advanced features for the next iteration of our Chrome engine technology. This will be the first engine powered by Chrome engine 6. It’s built for the next console generation and DirectX 11. We also started looking for a business partner that could do the game justice. We’re very happy to be working with Warner Bros. on that.

GamesBeat: What’s going to distinguish the visuals of this game? What’s the next step as far as what you can do now?

Krakowiak: For a long time we’ve been talking about needing more power to get the proper number of characters on screen, the right texture resolution, things like that. We wanted a more powerful PC, plus consoles that could keep up or ideally surpass that. We all know that we’re finally getting that power. This game is developed for the next generation and basically ported down to the current generation, although we’re still confident we’ll be able to deliver a good experience there.

As far as upgrades, obviously lighting will be key to the game, because of the day-night cycle. We want to introduce advanced animations for the free running. We want to have a lot of zombies and a lot of other characters on the screen without sacrificing performance. That’s especially important in co-op, which we’ll have for up to four players. We’ll also support a range of console features that we can’t discuss in detail at the moment. At E3 we’ll probably be able to tell you more about that. We’ll have some important dates behind us by then.

GamesBeat: You mentioned at the close of the demo that you’ll spend your day preparing for what happens at night. Can you explain that a little bit more? 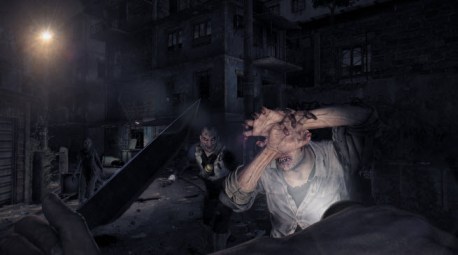 Krakowiak: To start off, the game is quest-driven. You’ll complete missions – some of them mandatory, some optional. You’ll have specific objectives. But this is also an open-world game, even more so than any of our other games before it. It allows for exploration and roaming and finding new things to do. As far as preparation, that can include everything from gathering supplies to crafting better weapons to finding allies to completing missions that will get you access to new things you might need. You have to make sure that the hideout you’re in is intact and the group that you’re with can survive the night. Then, when the night falls, all hell breaks loose. The regular zombies that you have to deal with during the day — they become faster, more aggressive, and more dangerous. Also, special types of zombies appear to challenge you even more.

We have complete freedom in shaping the game world. We can have fully scripted missions, but we can also seed encounters around the game and tell players to go out and find them, or just have them go from A to B and count on them running into something along the way. We want to have some directed experiences like that. The drama and tension and thrills we can create that way are important. I think the best open world games out there do the same. They’re a mix of both scripted and free-roaming content.

Krakowiak: There are two ways this could go. If it’s a story mission and we want it to go a specific way, you really can’t get to that first flare faster. But if we leave that up to the players, when you get there early, the bandits might be just arriving. Or they might not even be there yet, and then they’ll interrupt you. You can also fight them, definitely. You don’t have to back down. You can just kill them all if you’re able to.

GamesBeat: The time pressure can produce some really dramatic moments like that. 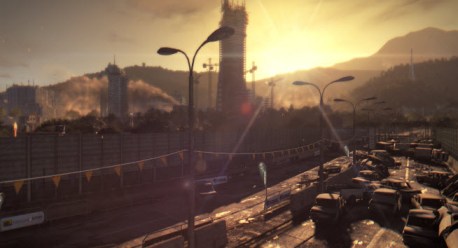 Krakowiak: Yeah, I think that’s a trick everyone uses, whether it’s TV shows or movies or games. We don’t want to get rid of that completely. We want to have a healthy mix of scripting and freedom in an open world.

GamesBeat: It seems a lot more frightening at night. The horror genre starts to creep in more at that point.

Krakowiak: Yes, a little bit. This isn’t mandatory in zombie movies these days, so much, but we believe a little bit of real terror isn’t a bad thing. We’re trying to introduce that in the night portion of the game.

GamesBeat: I know Epic has their Fortnite game going on as well, where the object is to fortify yourself and get ready for the night. Is that the same idea here, or are you trying to do something very different here?

Krakowiak: From what I know of that game, we’re going along a different route. We’re more about a first-person melee combat and shooter experience. You’re preparing for the night as a character, but the story also comes into play. This isn’t a simple mechanic of “do this and that before the night comes and you’ll get through.” Fortnite looks awesome, but I think we’re about something else.

GamesBeat: It looks like the problem you face at night is that you can be more easily trapped, whereas during the daytime you can take your time a little bit more. You could easily escape the zombies by jumping over a fence or going vertical.

Krakowiak: Yeah, that’s the idea. You have access to the same abilities both during the day and at night, but during the day you’re more free to engage in combat on your own terms. That’s where you hold the advantage, especially when it comes to the regular zombies. There are still some bigger, tougher enemies and situations that will test you during the day. But I think that’s fair. Humans aren’t nocturnal creatures, whereas the monsters created by this infection clearly are. That’s reflected in the way the odds shift as nighttime comes.

Here’s our video interview with Krakowiak.