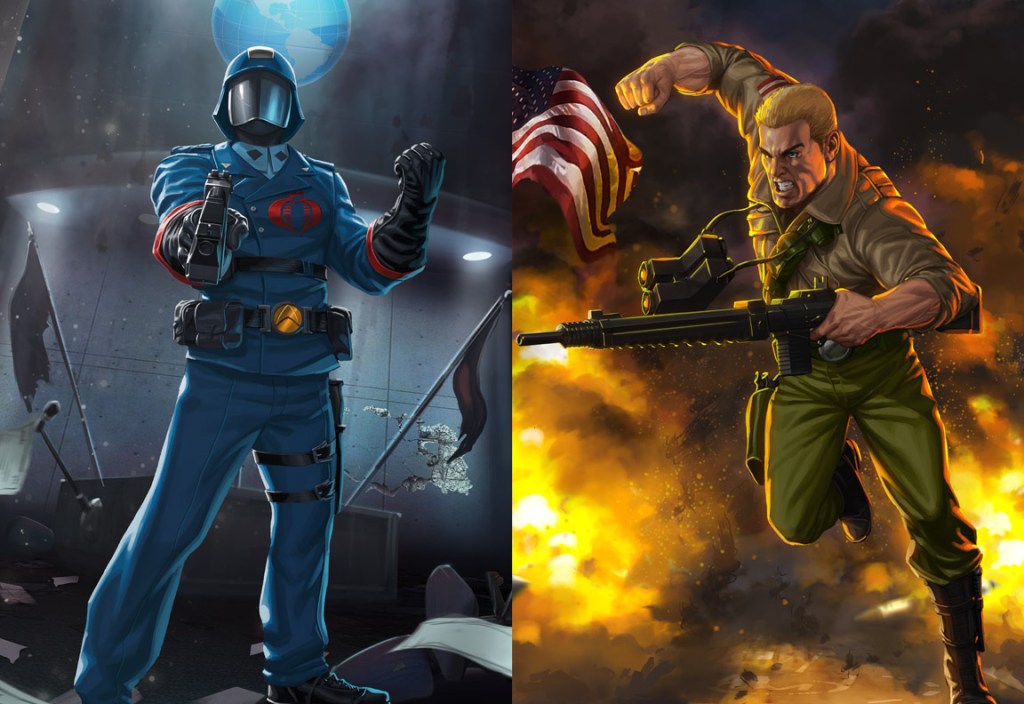 The real American heroes are back, and we’re not talking about the pair of big-budget action films. Social publisher DeNA is developing an original game that captures the style of the 1980s cartoon series.

G.I. Joe: Battleground is an adventure/role-playing game for iOS and Android due out this summer. DeNA wants to capture the spirit of the cartoon by staying true to the personality of the characters and designing missions that echo the plot of the animated series.

And you aren’t stuck playing as the good guys.

Players will take their squads of elite fighters on missions around the world to fight either Cobra or Joe. Each agent has different skills and stats that will greatly affect the outcome of the quest. The combat is automatic and plays out based on the team players select and the items they equip. Successful missions will earn players loot and experience. Players will also capture new team members.

DeNA is designing the game with an action-figure vibe. It wants players to get excited when they encounter rare and iconic characters. Defeating them means adding them to a collection that they can then play with, just like many of us did as kids.

“Battleground is made by G.I. Joe fans for G.I. Joe fans,” said Phan. “I’m the biggest Joe fan on the team. We’re excited to get this out to the public.”

Finally, the team also plans to implement the famous G.I. Joe public-service announcements that followed many of the show’s episodes. Right now they are focusing on the game, but Phan says they plan to put a lot of effort into that because they know how important that is to Joe fans.

Gamers can register for G.I. Joe Battleground now at GIjoebattleground.com. The game won’t go live until later this year, but signing up early will get players access to a rare character.