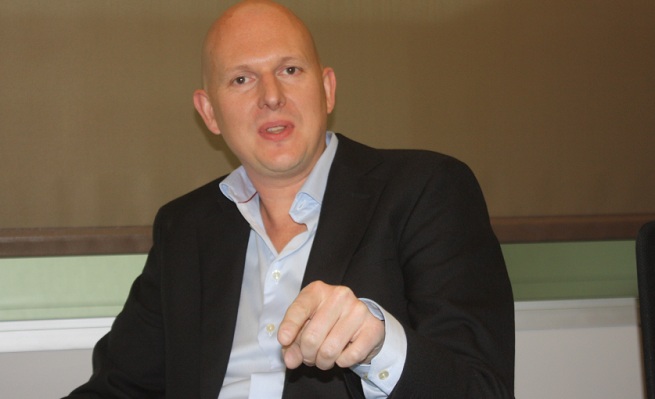 Phil Harrison was once head of worldwide development for Sony’s PlayStation brand, leading that platform for years. But now he is a corporate vice president at Microsoft’s Interactive Entertainment Business (IEB) and took a prominent role in this week’s Xbox One video game console announcement — including being part of the company’s confusing messaging about used games.

On Tuesday, he sat down with us to talk about the Xbox One, the company’s first new video game console since 2005. This time, Harrison is one of the executives touting Microsoft’s expansion into non-game entertainment and future investment of more than $1 billion in the next generation of games.

That includes eight new creative works and 15 internally developed games in the coming year. That’s a pretty ambitious plan, and it’s more than Microsoft has spent on a console launch before. In the meantime, Harrison has to try to stamp out fears that Microsoft will be anti-consumer in its policies for dealing with used games, backward compatibility, and always-on Internet connection requirements.

He also argues that Microsoft will preserve an element of “curation” in allowing games onto its platform. In short, Harrison says that the company isn’t headed in the wrong direction. 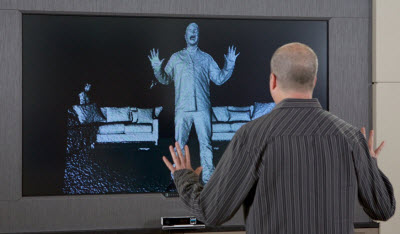 Phil Harrison: It gives me great pleasure to say, “Welcome to Microsoft.” Isn’t that a strange thing for me to be able to say to you?

GamesBeat: What’s it like being on the inside of the empire that you used to fight against?

Harrison: Did we have a fight? I don’t know. I enjoy it. I love the team. You know these guys well from your various inside perspectives on the Microsoft team. I think it’s a very smart team. Not just inside the Xbox group, too, but the broader Microsoft family. They have impressive people and capability and technology. It’s great.

So what resonated with you? What sort of things were you surprised or impressed by?

GamesBeat: Kinect has a very large design space. You could do a whole lot more with it. They measured our heartbeats and so on. It’s a very big room, a wider angle, covering six people.

Harrison: Kinect for 360 was very innovative. It delivered some incredible experiences. But the degree of movement was quite exaggerated. Now, as you’ve seen with Kinect for Xbox One, it’s millimeters and nanoseconds now. That level of precision can actually equal subtlety. I think subtlety is one of those things that game designers are going to enjoy. 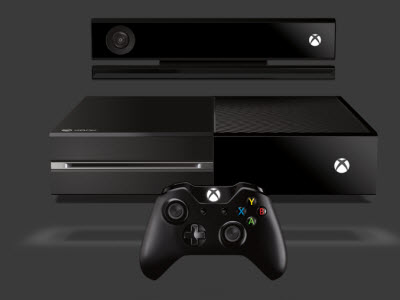 GamesBeat: Based on what’s in the works for Kinect, will games go in a direction that they haven’t gone before?

Harrison: The fundamental, most impactful thing is that there’s a Kinect in every box now. There’s the ubiquity of the platform having Kinect whereas before it was always a subset. That made it difficult for developers to invest against 20 percent of the installed base or whatever it was.

Having it as 100 percent — that’s a game-changer. There are games that are not using motion but using voice in a very subtle way. The conversational understanding in Kinect for Xbox One is super sensitive and smart. It allows us to do some subtle things with voice that we couldn’t do on 360. You’ll see that at E3 [Electronic Entertainment Expo]. I’ll point them out to you.

We have a couple of cool examples of that where — even though your game is a fundamentally controller-based experience — the voice becomes this augmented menu system. Previously, you’d have to go down N number of menu trees to get to a particular feature. Now you can just say it. That’s pretty cool.

And then movement can be subtle. While you’re playing the game, it could be just doing some very gentle movements that [Kinect] can pick up and then amplify in the world.

GamesBeat: On strategy this time around, what is some of the thinking? How much of a walled garden are you going to build? How closed or open should it be? We’re in this different world with iOS and Android now. There are other kinds of devices you want to connect to. What’s the thinking for design in that space?

Harrison: We like an element of curation in the content landscape and the content experience, but that is definitely getting more broadly curated than it has been in the past. I’m not sure I would describe it as closed versus open because that implies a more binary shift. I don’t think you can be partly closed or partly open. It’s more about curating content — the developer tools for building games or building snap-to applications — particularly the snap-to applications. That’s much closer to Windows 8 development. The developer ecosystem that we can tap into has gotten orders of magnitude bigger, which is great.

In the past, as you know, Xbox had retail games, it had Xbox Live Arcade games, and it had the indie channel. These were three very discrete clubs that we didn’t really cross-pollinate. Now they’re just games. The discovery tools that we’ve built into the system, the recommendation engine we’ve built into the system, and also something we didn’t talk about today, which is game DVR — that’s the ability for your game moments to become video, which you can then share socially — that becomes a great discovery tools for developers. It solves one of the massive discovery problems that you have in games irrespective of platform.

We will make more announcements at E3. We’ve done some very smart platform architecture work that unlocks it at a platform level. Then we can build various features and functionalities on top of that. We’re doing something that will show more of it at E3. 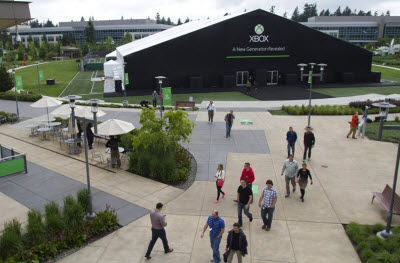 GamesBeat: There’s been a lot of chatter on particular controversial subjects leading up to this. People want to know about used games, about backward compatibility, and about the constant connection. What are some of the facts on those? Can you play used games on the Xbox One? Do you have to pay a fee?

The difference, though — the benefit of Xbox One is that that data can roam with me. I can go to my friend’s house. I can log in as myself into his machine. I can then play that game on his machine, and while I’m logged in, he can play it as well.