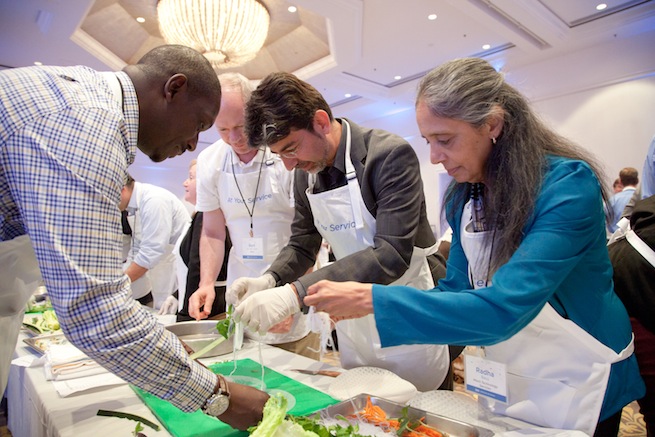 Muhammed Yunus is a 2006 Nobel Peace Prize winner and the founder of Grameen Bank, and he sparked a movement with the simple question: “If you are a socially conscious person, why don’t you run your business in a way that will help achieve social objectives?”

Today, entrepreneurs and investors in Silicon Valley — and increasingly in tech hubs around the world — have taken this mission to heart. The trend is often referred to as “social entrepreneurship” or “impact investing,” and the goal is to use business process to drive positive change.

But social entrepreneurship has its critics. Serial entrepreneur Steve Blank quipped in a recent interview that it’s a “a bit of a fad” and startups that “confuse social good with being in business usually end up as 501(c)(3)s.” Likewise, Clay Johnson, author of the Information Diet, accused Change.org (the poster child for social entrepreneurship that just pulled in $15 million) in a story for the Wall Street Journal for being a “lead-generation business disguised as a social-change organization for whoever is willing to pay them for the email addresses.”

Related: Read more about the young entrepreneurs who are changing the way we do business. 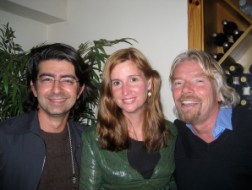 Above: Pierre and Pam Omidyar with Virgin’s Richard Branson.

To take a closer look at social entrepreneurship, I headed to Omidyar‘s annual conference in San Jose, Calif. Omidyar is not your average venture firm — it refers to itself as a “philanthropic investment” practice. Its founders are eBay’s Pierre Omidyar [pictured above and left] and his wife, Pam. Its private event ONEF has grown each year with more interest from entrepreneurs and mainstream venture firms.

I caught up with Omidyar’s Todor Tashev and Paula Goldman, Lenddo cofounder Richard Eldridge, and d.light president Ned Tozun to speak to the trend for our “idiot’s guide” series.

VentureBeat: Let’s dive in with a basic question. What is social entrepreneurship?

Todor Tashev: Right now, it’s a huge tent, meaning there is a very loose definition. Lots of people are pursuing it, and interpreting it in different ways. Generally speaking, social entrepreneurs are delivering a product or service, but it’s intended to address a fundamental social issue.

VentureBeat: Can it be tricky to align the social mission and the profit motive?

Tashev: We look for companies where there is no conflict between the two. We call it a “single engine.” Some people would put companies like Facebook or Google in this category, but they view social good as a side benefit.

Paula Goldman: There is some question of intentionality. Are you doing this with the explicit goal of making a difference? 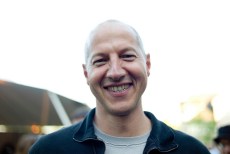 VentureBeat: Can these social enterprises be for-profits? Or are they typically nonprofits?

Tashev: More recently, the trend was associated with companies that are for-profit — or have a blended model. Benefit corporations are a popular option [As of January, 13 states — including California, Maryland and Hawaii — have passed legislation allowing for the creation of B corps. –Ed.]

B corp’s like Couchsurfing and Change.org are not just driven by maximizing shareholder value.

It’s important for companies who need a better way to explicitly convey to their users, backers, and to the general public that they have a broader mission. Couchsurfing may well be the first in history to have attracted mainstream venture capitalists — General Catalyst led a series B round.

Goldman: We are not trying to replace traditional philanthropy. But we believe we can use the market; we will have impact more quickly with these for-profit models. 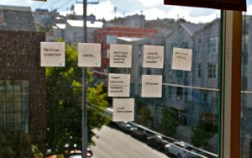 Above: Remnants of a brainstorm on a dusty window at Change.org’s San Francisco office.

VentureBeat: Is this a trend that is primarily supported by Silicon Valley’s tech billionaires?

Tashev: The trend is much broader than the Valley; it’s gone global. But to sustain itself, we need a strong supply of entrepreneurs.

VentureBeat: Is that the biggest challenge? A lack of talented entrepreneurs?

Tashev: I would say there is more of a supply of capital than a supply of entrepreneurs right now. We held a forum recently on “impact investing.” It was amazing to see the interest. I haven’t done the math but there must have been $20 billion or $30 billion dollars represented around the table.

Tashev: Some people think that social entrepreneurs aren’t as driven. We just invested in Change.org — Ben is passionate about scaling the company and growing users just like any CEO or founder.

Richard Eldridge: I agree. I set out with a vision to economically empower the middle class. We thought we could make the most impact using my best skillset: tech. I thought it could scale fast and impact lots of people. We built a platform “Lenddo” for people to engage their social network to gain access to life improving loans. We’re optimized to serve emerging markets. 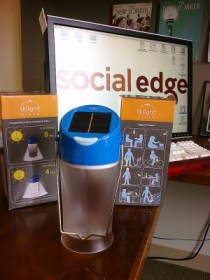 Above: Ned Tozun and team started d.light because it’s “unjust that billions of people still use Kerosene lamps for light.”

Ned Tozun: We build solar powered lights and energy products. We started the company because we wanted to get two billion people access to electricity. The market is a really effective means to address that solution. But at our core we have a strong social mission.

Tashev: Collaborative consumption is a similar category. But if you’re part of this economy, it doesn’t necessarily mean you’re a social entrepreneur. Brian [Chesky] from Airbnb would identify himself this way — they have a broader societal impact. It’s good for the environment and resource optimization.

VentureBeat: Will the majority of businesses have a social mission or function like B corps in the next 20 years or so?

Goldman: It’s hard to say, but we do know that millennials really care about purpose and their work. You will see a new class of entrepreneurs who aren’t subject to this false dichotomy: for-profit or nonprofit. Entrepreneurs will hold the keys as capital is increasingly a commodity.

Tashev: Listen — it’s going to take some time. But in the business schools, the social entrepreneurship classes are oversubscribed. The interest will percolate throughout the system.

VentureBeat: Is it more difficult for social entrepreneurs to hire and retain talent? Especially if they can’t compete on salary?

Eldridge: When we recruit people, one of the first questions we ask is “Do we you want to change the world?” A lot of our data science team in New York is ex-Wall Street. They wanted to do something where they could make a difference.

Tozun: It’s similar for us. Most of our engineers are passionate about building a product that millions of people will use. There are motivators besides money. You will make a real impact; not just put stuff in landfills.