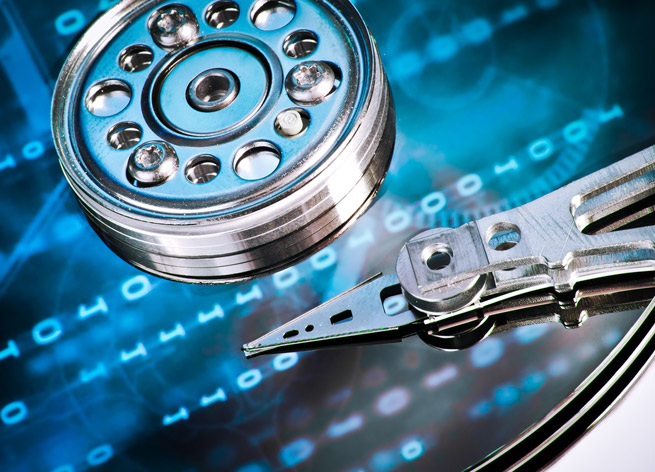 This is a guest post by Gary Gentry, SVP of solid state drives at Seagate.

“Flash or disk?” That question — whether the future of data storage would be defined by flash memory or hard drives — has been a looming battle in the storage industry for the last several years.

Hard drives, of course, remain the heart of the storage industry. Manufacturers shipped 524 million disk drives in 2012, according to iSuppli, more than ten times the 39 million flash drives that were shipped in the same period. Worldwide manufacturing capacity for drives at the end of 2012 came to around 125,000 petabytes per quarter, compared to around 10,000 petabytes per quarter for flash. By volume, hard drives are tough to beat.

But look at the growth rates, say flash advocates. Shipments will grow from 39 million units in 2012 to 83 million units in 2013. By 2016, 239 million flash drives will be shipping annually, propelled by sales of tablets, smartphones, and notebooks. Enterprise arrays based on flash will also gain a stronger following among corporate buyers like banks and technology firms with an excruciating need for speed. Flash might be in the minority, argue advocates, but it has time on its side.

The debate, however, ignores a critical variable that changes the whole tenor of the debate. And that variable is the rate of data growth. The opportunity and demand is simply too large for either technology alone. When you start to look at it in that context, you can start to see that the future really isn’t “flash versus disk.” Instead, it’s “flash and disk.”

“It is the storage, stupid,” Dean Nelson, eBay’s vice president of Global Foundation Services, told ReadWrite recently. “The volume of growth of storage is insane.”

IDC estimates that the total amount of digital information in the world grew 48 percent to 2.7 zettabytes in 2012. And a huge portion of that new data is unstructured files like YouTube videos and audio files.

On top of that, add in the data that will be generated by valves, security cameras, light bulbs, and the other residents of the coming “Internet of Things.” The world will need both disk and flash because it will need as much storage capacity as it can get its hands on. Gartner reports that many of its clients expanded their storage requirements by 80 percent in 2010, 2011, and 2012.

Economics play a role too. It’s simply far less expensive to manufacture drives. A new facility for producing hard drives costs about $35 to $50 million and can be operational in about four months. A similar flash factory that can produce 100,000 wafers a month costs about $4 billion and takes two years to build. It would take $210 billion in factory investments to displace 15 percent of the demand for drives in 2014, according to Gartner. Partly as result, disk drives will invariably cost less. By 2016, a 2TB drive will cost manufacturers $39 to $45 to produce while a 300GB SSD drive will cost $90 to $100.

Displacing all of the demand for drives would take more than $1 trillion of new investment. Besides being impractical, a sudden surge in investment would likely plunge the semiconductor industry into a massive slump.

So does this mean flash won’t play a significant role? Not at all. At Seagate, we’ve been investing in flash and shipping flash-based products for more than four years and will continue to expand our flash portfolio.

Flash will be deployed strategically. Flash drives will likely take over markets where power consumption and size outweigh cost and capacity. Tablets will be dominated by flash: no one is going to put a hard drive in a lightweight tablet or e-book reader. Notebooks will come with flash drives or hybrid drives, which combine both technologies. Back-up drives, desktops, and set-top boxes will likely veer toward traditional disk drives.

In enterprises, most servers will come with a traditional drive or a hybrid drive alone with a flash-based PCIe card to accelerate the flow of data. Flash-based storage arrays will handle the most time-sensitive jobs but be backed by even larger arrays of disks. Flash-based PCIe cards are another opportunity to expand.

Some manufacturers have also begun to develop storage systems with server capabilities. With these systems, storage effectively becomes the focal point of the data center, not the computer.

Drives will experience a quantum leap in performance with the introduction of heat-assisted magnetic recording (HAMR) that will increase density to over a terabit per square inch. Flash manufacturers, however, will follow up with memory devices made with three-dimensional transistors a few years later. Every reaction will lead to a complimentary reaction.

The technology world might want to see a battle between standards and technologies. But instead, it’s most likely going to get an uneasy truce.

Gary Gentry is senior vice president of solid state at Seagate. Gentry has over 25 years of experience in the storage industry, including most recently as the general manager of the Enterprise SSD Division of Micron Corporation. Prior to rejoining Seagate, he held leadership positions focusing on solid-state technologies at Spansion Corporation and Storage Genetics.

Close up of hard disk with abstract reflection via kubais/Shutterstock