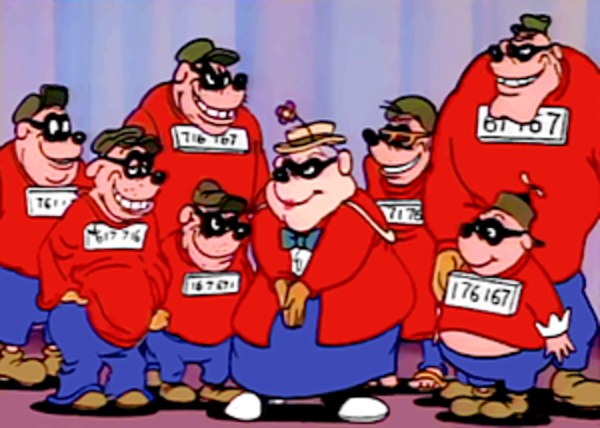 The misleadingly named Commission on the Theft of American Intellectual Property (aka a group of legal types from the U.S entertainment industry) has released a new, lengthy 84-page report that urges congress to take drastic measures that enables media companies to curb piracy.

Also, those measures are mostly insane. However, BoingBoing’s Cory Doctorow managed to pull out some of the best pieces, such as the suggestion to legalize ransomware. This is a process that involves installing software on people’s computers to determine if they were pirates and then subsequently locking you out of your computer until you went to the police to confess your crimes — essentially, big media wants to make it legal to hold your computer hostage.

Additionally, software can be written that will allow only authorized users to open files containing valuable information. If an unauthorized person accesses the information, a range of actions might then occur. For example, the file could be rendered inaccessible and the unauthorized user’s computer could be locked down, with instructions on how to contact law enforcement to get the password needed to unlock the account. Such measures do not violate existing laws on the use of the Internet, yet they serve to blunt attacks and stabilize a cyber incident to provide both time and evidence for law enforcement to become involved.

So to recap, the report asks congress to legalize spyware, malware, trojans, and ransomware — all tools developed by cybercriminals to rob you of something that doesn’t really belong to them. In defense of the media companies, they do own the copyright on media that’s being pirated, but that shouldn’t give them justification to carelessly violate all sorts of privacy rights on the off chance that someone is stealing digital copies of their music, movies, TV, games, books, and so on.

It’s reports like these that make me remember Reddit cofounder Alexis Ohanian’s SXSW panel pointing out that Hollywood (aka the media companies) aren’t just out to thwart the tech savvy companies that live to the north of California, but it’s rather Hollywood vs. everyone.

If you’d like to browse through more of the commission’s report, its available here.