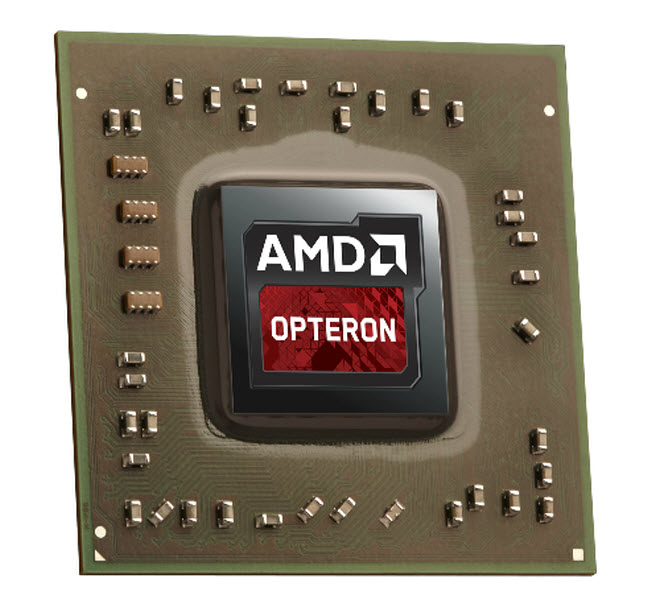 Advanced Micro Devices is starting a firefight in the low-end, power-efficient segment of the server chip business. The Sunnyvale, Calif.-based company is launching its low-power server processors, the AMD Opteron X-Series processors.

The quad-core and dual-core processors, formerly code-named Kyoto, are made for high-density servers where computer makers try to jam as many processors in a small amount of space as possible. These processors have to be power-efficient because it’s not a good thing to melt down a data center.

The new chips include the Opteron X2150 and the X1150. Both draw 11 watts of power and are targeted at microservers, competing directly with Intel’s Atom processors in the server market. The chips are a late addition to the company’s roadmap because of changing market fortunes. Meanwhile, AMD is busy designing ARM-based, low-power processors for microservers for next year. In the meantime, though, the Kyot0-based chips will help AMD address a fast-growing version of the server market. This so-called scale-out market uses lots of dumb processors operating at low speeds and low power levels to do work in data centers such as feeding web pages to internet users.

“The data center is at an inflection point and requires a high number of cores in a dense form factor with integrated graphics, massive amounts of DRAM, and unprecedented power efficiency to keep up with the pace of innovation of Internet services,” said Andrew Feldman, corporate vice president and general manager, Server Business Unit at AMD.  “AMD has a proud history of server innovation, and the AMD Opteron X-Series processors challenge the status quo by providing unmatched capabilities to drive the most energy-efficient servers in the industry.”