GamesBeat: One of the things about Skyrim was that you had these epic battles coming out of nowhere. Dragons would start circling overhead. Do you have anything like that in Elder Scrolls Online?

Firor: We have something in that vein called Dark Anchors, where Molag Bal is trying to throw out anchors into Tamriel and pull it into his daedric plane. He’s prevented from coming to Tamriel, but there’s nothing stopping him from bringing Tamriel into his own realm. He throws these anchors out, and one of the player’s jobs — especially if they join the fighters’ guild — is to find the anchors around the world, kill the daedra protecting them, and destroy them. 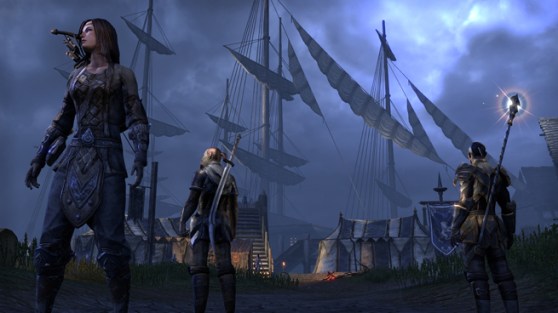 GamesBeat: These are literal giant anchors?

Firor: They’re giant demon anchors that fall out of the sky. They latch into the ground and you have to defeat the guys that are protecting them.

GamesBeat: Do they happen randomly?

Firor: They’re not entirely random. You’ll see locations around the world where they might spawn, but they’re not always up at the same time.

GamesBeat: Are there specific missions to go and deal with them?

Firor: You get an overarching mission from the fighters’ guild to kill daedra and close Dark Anchors. As long as you do that, you’ll get reputation with that guild.

GamesBeat: What’s the vital element you had to get in to really make it an Elder Scrolls game?

Firor: For every Elder Scrolls fan, there’s a different answer to that, which is great. The guys who have been around since the beginning will tell you it’s the lore. There are no specific quest vectors. If something looks cool, you don’t have to find an NPC to tell you to go explore it, like in other MMOs. You just go and explore and get credit for it. That’s what people have come to expect from Elder Scrolls.

GamesBeat: What’s going to get someone to walk away from, say, World of Warcraft and come over to Elder Scrolls? 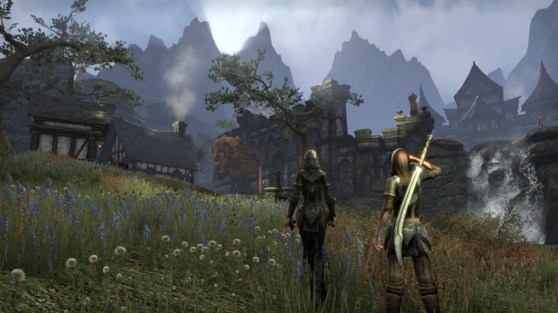 GamesBeat: Was that the goal? To take the Elder Scrolls experience we know and put it online?

Firor: It was really to come up with an online role-playing game that uses the best features of MMOs. What MMOs do well, they do really well. Things like social systems or player trading, all of that is awesome. It also comes with a lot of baggage. We wanted to make sure that we got the right elements from both genres — single-player RPGs and MMOs – and bring them together.

GamesBeat: When did you know you were getting that right?

Firor: We built our own engine — any game developers reading this will immediately start laughing, because it’s painful to play on an engine in an early state of development. It doesn’t have any of the cool shaders or effects. You have to put yourself past all that and get to the gameplay. But yeah, there was a version probably about a year and a half ago where I could say, “Okay, I see it. I see the world. There’s weather. There are cool effects and cool animations.” That’s when it really started rolling.