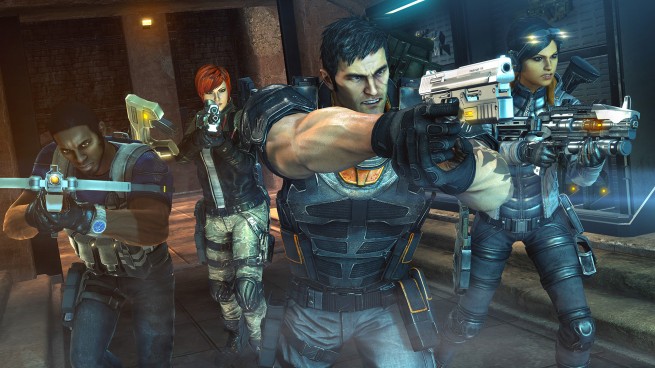 When Fuse works, it’s a blast. The combat explodes into clouds of fun as you destroy and enjoy with your straight-out-of-science-fiction instruments of virtual death. The co-op third-person shooter’s skirmishes have a seductive cadence that keeps you close to your controller. Each trigger squeeze can elicit a squeal of joy from your inner 13-year-old. Fuse has that power, and that’s an impressive weapon in its own right.

Electronic Arts’ multiplatform, multiplayer action offering, releasing today, does the most important thing right. And when you’re able to assemble your own A-team of friends-list recruited mercs, Fuse can deliver borderline-special moments.

But what happens between the reloads? That’s where it gets complicated.

Crazy, combo-heavy combat
Fuse’s combat feels tight and well balanced. After all, the shooter-crazed minds at Insomniac Games developed the title, and the studio’s vast experience is evident in every bullet-pocked design decision.

This thinking led to Fuse’s inventive arsenal, which includes a soldier-incinerating Magshield, singularity-inducing Warp Rifle, crystal-forming Shattergun, and fire-chaining Arcshot. Combined with standard-issue weapons like assault rifles, shotguns, sniper rifles, and pistols, your munitions leave you with plenty of options. Firearms can work together just like the combatants themselves, allowing you to kill with cleverness. So if your friend encapsulates a bad guy in black melanite with her Shattergun, you can splinter the macabre chrysalis with your Daybreaker semi-automatic. 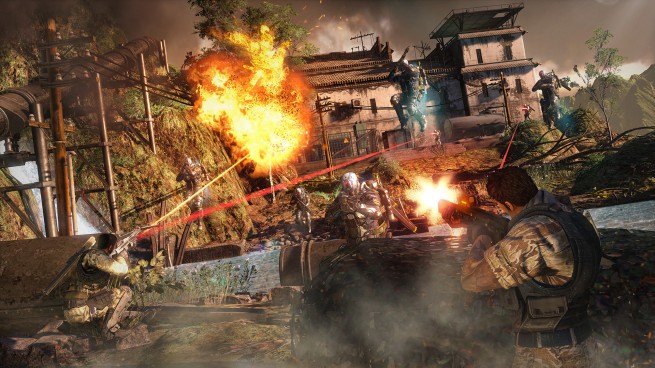 Building on this point, Fuse features a slick combo system that nets you level-boosting experience points for your squad members. Expertly executed shots, selfless acts of healing, and other team-centric actions result in valuable XP that you can spend on character upgrades.

The mechanic reminds me of other shoot-happy releases like Bulletstorm that reward creative aggression. And these point bonuses add an intriguing layer to the gunplay, encouraging you to throw a little swagger into your strategy.

Fragging with friends
Being a co-op shooter, you’ll get the most out of Fuse with a group of your most trusted digital veterans. Its A.I., while serviceable, tends to have trouble with advanced flanking techniques, and it can also take a while to revive you if you’re dying.

Playing with a friend or two (or three) will help you survive the campaign’s final missions. And human partners are an absolute requirement for the Echelon mode that sends wave after wave of increasingly difficult enemy swarms at your crew. Plus, the aforementioned weapon combinations really stand out when fighting alongside flesh-and-blood compatriots.

Switch things up in the middle of a firefight
Your team comprises of four different personalities, including the burly Dalton, stealthy Naya, practical Izzy, and dependable Jacob. Each character gets a special weapon (Magshield, Warp Rifle, Shattergun, and Arcshot, respectively). You may switch characters on the fly through the game’s Leap functionality. With a quick button press, you can jump from one team member to another, gaining new abilities in the process.

Leap let me instantly adjust my tactics during hostile encounters, and it also helped me understand the strengths and weaknesses of my unit in a fresh and unexpected manner.