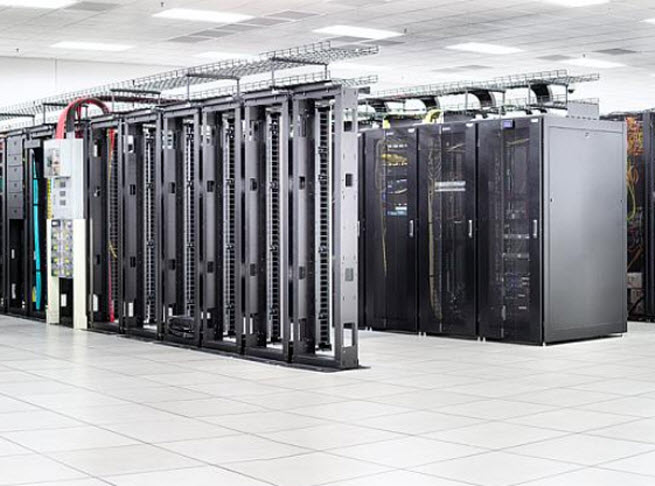 Researchers have tapped a supercomputer with 3,000 Nvidia graphics chips to simulate the chemical structure of the HIV virus.

The breakthrough, described in the scientific journal Nature today, will give scientists a better understanding of how HIV behaves and thereby create better drugs to treat it. 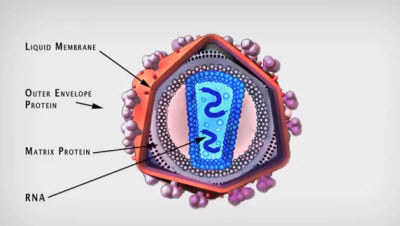 The HIV virus has been exceptionally hard to treat as it mutates frequently. Part of the key to its strength is a capsid, a protein shell that is like a shield. It protects the virus’ genetic material from drugs. Scientist have long wanted to know how the HIV capsid is constructed, and more of them are targeting the capsid with new antiretroviral drugs. Researchers have used various lab techniques to view individual parts of the capsid.

But it takes a “petascale” supercomputer to simulate the behavior of the entire HIV capsid, which is an assembly of 1,300 identical proteins forming a cone-shaped structure. Creating a simulation on the atomic level is a huge task. Enter Blue Waters, a supercomputer at the National Center for Supercomputing Applications at the University of Illinois. The machine has thousands of Nvidia graphics processing units, or GPUs, which are normally used in computers to render 3D animations. But using Nvidia’s CUDA programming architecture, the researchers were able to use the graphics processors to work in parallel on the simulation. The result was that the GPUs could do five times more work than the CPUs (central processing units) in the supercomputer’s nodes, said Klaus Schulten, a University of Illinois physics professor.

“If they had just used CPUs, they might have needed 15,000 of them,” said Sumit Gupta, general manager of the Tesla GPU Computing group at Nvidia, in an interview with VentureBeat.

Schulten worked with postdoctoral researcher Juan Perilla to create the molecular simulation. They used data from lab experiments performed by colleagues at the University of Pittsburgh and Vanderbilt University. Perilla said that Blue Waters was essential to the solving of the problem.

“This is a big structure, one of the biggest structures ever solved,” said Schulten. “It was very clear that it would require a huge amount of simulation – the largest simulation ever published – involving 64 million atoms.”

Structural biology professor Peijun Zhang, a Pittsburgh researcher, helped provide the answer. Researchers also used cryo-electron tomography to slice a capsid into sections. That gave them a better idea of its overall shape. With about a month of computing time, Blue Waters (funded by the National Science Foundation) came up with the answer of what the overall capsid looked like.

“The work of matching the overall capsid, made of 64 million atoms, to the diverse experimental data can only be done through computer simulation using a methodology we have developed called molecular dynamic flexible fitting,” Schulten said. “You basically simulate the physical characteristics and behavior of large biological molecules but you also incorporate the data into the simulation so that the model actually drives itself toward agreement with the data.”

The simulations revealed that the HIV capsid contained 216 protein hexagons and 12 protein pentagons arranged in a particular order that the individual experiments revealed. The proteins in the pentagons and hexagons were all identical, but yet the angles of attachment between them varied from one region of the capsid to another.

“That is really the mystery of it,” Schulten said. “How can a single type of protein form something as varied as this thing? The protein has to be inherently flexible.”

The researchers said that the knowledge of the capsid will help them further learn how it functions. And that could spur drug development, Schulten said.

“The HIV capsid has actually two completely opposite properties,” he said. “It has to protect the genetic material, but once it gets into the cell it has to release the genetic material. That has to happen with really good timing – too quick is not good, too slow is not good. And this is a moment when you can throw a wrench into the system.”

The capsid opens and releases its virus, which then begins doing damage in the host. If the timing of the opening can be altered with drugs, then the virus may wind up doing no damage.

Blue Waters is capable of peak performance of nearly 12 quadrillion floating point operations per second, and it has sustained system performance of more than one petaflop.
[youtube=http://youtu.be/pupVZl347H0]