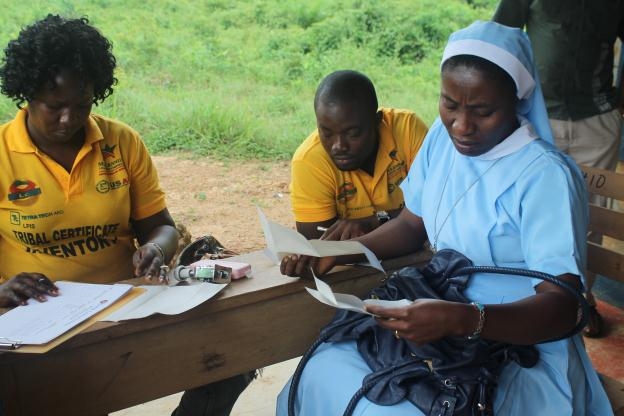 On a trip to east Africa, Kuang Chen realized that solving the world’s problems would be easier if people spent less time on paperwork, and more time in the field.

Captricity quickly and easily turns paper information into structured, digital data. The company has built a crowd-guided machine learning and computer vision platform that turns paper, fax and PDF forms into actionable data in hours. The service can take stacks of paper — ranging from a two-page survey filled out by 300 people to “a batch of 20,000 19th-century German census forms”– and uses data capture technology move the content to the web.  It promises to save people working with handwritten documents time, money, and effort doing manual data entry.

“Even after decades of research, affordable transcription of human handwriting has remained out of reach—until now,” the company said on its site. “Whether it’s 15 class evaluation forms or 50,000 pages of surveys, we can turn your data around in a fraction of the time that it would take you to type it in. Turn around a one-million-value data set in days instead of months.”

The system is self-serve. Users take pictures of the forms using a camera, smartphone, scanner, or copy-machine and Captricity will capture the writing and export it to the tool of their choice. It won the Best Technology Award at Launch 2012 and received an investment from the Knight Foundation Enterprise Fund,which provides early-stage venture funding for media innovation.

Founder Kuang Chen had the idea for Captricity while doing PhD graduate research on how data-centric approaches could help organizations better serve their disadvantaged clients. He saw that one of the biggest barriers to efficient operations was getting data from paper into digital form. For example, finding patients “lost” to HIV treatment in Tanzania required processing large amounts of paper and this effected healthcare organizations’ ability to be as effective as possible. Captricity is geared towards organizations that are low on resources and need a better solution to manage their paperwork.

“It didn’t take much imagination to see that solving this problem would unlock new possibilities for individuals and organizations using data to help solve scientific, medical, and development problems around the world,” Chen said in his bio.

Chamath Palihapitiya contributed $2.4 million, which brings the total capital raised to $4.5 million. Palihapitiya was a member of Facebook’s senior executive team and in 2011 formed the Social + Capital Partnership to invest in companies that could have a lasting impact. His second fund of $275 million closed earlier this year and is one of the main sponsors of Launch.