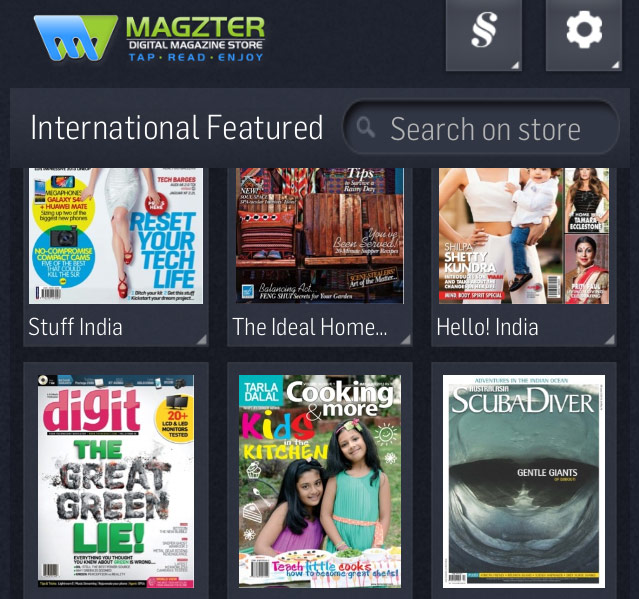 The number one magazine provider in Apple’s Newstand just passed 10 million readers, moved to a New York office, and — a month after adding Hearst Magazines to its roster — has now added 20 new magazine from American Media to its stable of 1,800 magazines for digital sale.

In other words, Magzter is kind of killing it.

“Seven hundred of the 4,000 Apple newstand magazines are created by Magzter,” cofounder and CEO Girish Ramdas told me today. “That will be more than 1,000 in about a month.”

Ramdas, who called me at 11:30 p.m. local time from the company’s Channai, India, office during a short trip back home, has been burning the midnight oil lately.

Just a month ago Magzter signed on Hearst Magazines, a massive deal that brought the conglomerate’s 20 U.S. magazines and most of its 300 international editions to Magzter. And today, the company announced that it has signed a deal to offer American Media’s 20 or so U.S. magazines as well, with titles like Mens’ Fitness, Shape, Star, National Inquirer, and Globe. 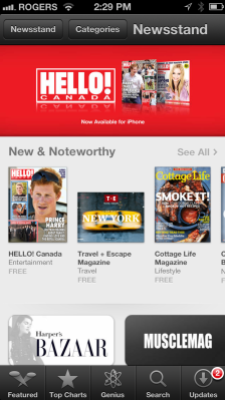 “Ninety-five percent of the world is still in PDF,” Ramdas says. “When magazines upload their PDF to Magzter, it automatically goes to our automated cloud service, where we render it for Apple, Android, Windows 8, and web. Within 60 minutes it’s ready to go.”

That’s huge for a magazine company that just wants something simple.

The mobile-ready versions are automatically converted to HTML5, but there’s also a new model that skips the conversion process — and makes it easier to add interactivity. Magzter’s new Magfly service, currently in beta, enables editorial teams to actually build their magazine in HTML5 right from the very beginning, and it’s then ready for distribution to tablets, e-readers, and web. Videos, slideshows, forms, and other types of rich media and interactivity are at publisher’s fingertips.

“We’re the only one in the world who can actually do it,” Ramdas told me. “We’ve automated the entire process … some of our competitors take days to do the same thing.”

Magzter, which raised a $3 million series A round 13 months ago, is currently raising a $10 million second round. The company makes money by partnering with magazine creators via a revenue-sharing agreement — reportedly getting up to half the digital revenue. That’s after Apple fees, since all payment run through iTunes for subscription-style magazine purchases. 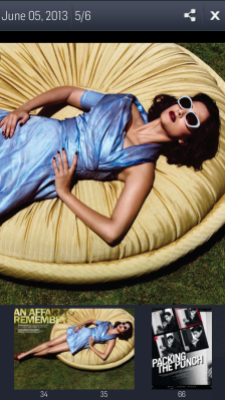 Above: A magazine preview on Magzter.

That might seem like a big cut, but the draw is Magzter’s big user-base … almost certainly the biggest in the digital magazine sector. But also, Magzter conveniently automates the distribution of dozens if not hundreds of local editions in Asia, Africa, Europe, and South America, taking a significant amount of headache entirely away from magazine producers.

And, of course, ad revenue is entirely the publisher’s.

“American Media magazines are available on their own apps and have licenses in different countries,” Ramdas explains. “But they were very interested in our audience … they came on board to expand their distribution globally.”

Passing the 10 million user milestone was big for Magzter, but bigger was the fact that the company added the tenth million in the month May alone — meaning that its growth is accelerating.

Interestingly, Ramdas says that almost all of the company’s sales are on Apple’s mobile platform. In fact, 90 percent of the magazines it sells are sold on tablets, and 90 percent of those tablets are iPads.

Which should give the company even more positive runway as Android tablets come up to speed in market share and commerce share.