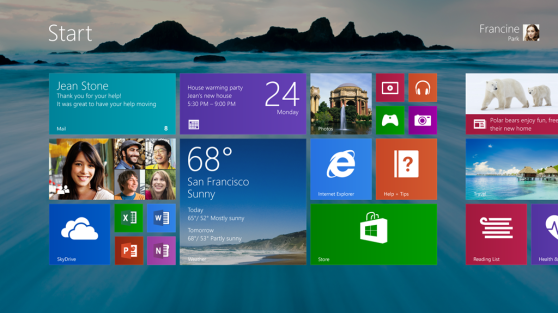 With Windows 8, Microsoft dragged its customers kicking and screaming into its vision of the future. But with Windows 8.1, the company is admitting it took things a bit too fast.

Windows 8.1, which will arrive later this year, rights a number of the wrongs created by Windows 8 — often for the better. For one, the newest release marks the return of the Windows Start button, which should make Windows desktop stalwarts very, very happy.

In a similar vein, Windows 8.1 will finally allow users to boot directly to the traditional desktop interface, an ideal feature for companies that want Windows 8 but don’t want the Start Screen. Acknowledging that lots of people are using Windows 8 on non-touchscreen devices, Microsoft is also improving how Windows 8 works with the keyboard and mouse. 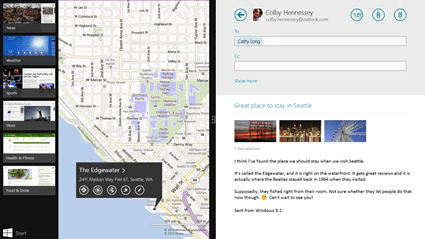 Also core to Windows 8.1 is personalization. With the new release, Microsoft is finally expanding how users can customize their desktops. This means more tile sizes, more colors, and more flexibility. Another small but massively significant update is that Windows 8.1 gives both your desktop and Start Screen the same background. This, in theory, should make the transition between the two environments far less disjoined.

As far as non-interface-related updates go, Windows 8.1 will also come with a beefed-up, Bing-infused global search bar, native SkyDrive integration, and support for running Metro apps on multiple screens simultaneously. In all, it looks like a solid release that will improve as many features as it adds.

Microsoft says it will release a beta of Windows 8.1 on June 26, which coincides with its BUILD developer conference.