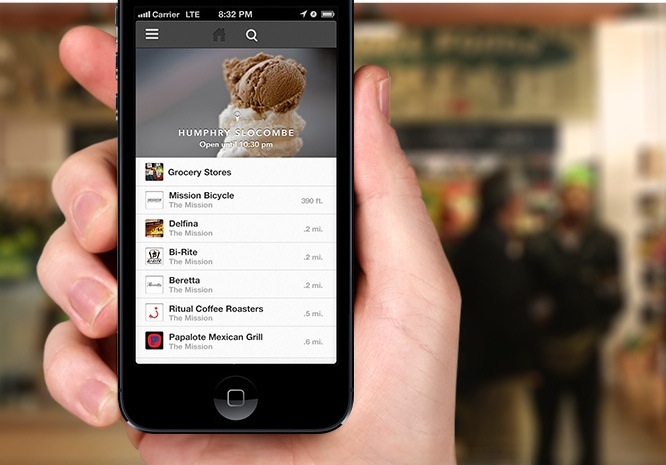 New Yorkers will soon have yet another way to get just about anything delivered to their door.

Postmates, the local delivery startup that’s already made a name for itself in San Francisco and Seattle, is kicking off its New York City operations today.

So far, the company has 50 couriers in NYC, and it’ll be offering deliveries in the greater Flatiron area (between 14th and 42nd street and from 8th to Lexington Avenue). It plans to expand its coverage area over the next few weeks.

Postmates is a tech-savvy version of traditional courier services. It’s particularly useful for restaurants that don’t deliver (yes, there are still quite a few in NYC), and for when you need a random cable from the Apple store. It competes with NYC-based WunWun, which offers on-demand helpers, and Taskrabbit to a certain extent.

“This city is so dense that in two-by-two miles  you have over a million people …  [covering] such a  high density and so much volume will be our biggest challenge,” said Postmates’ co-founder and CEO Bastian Lehmann said in an interview. “Density is also Postmates’ best friend.”

The company features something we’re seeing as a growing trend: Integrating a well-designed mobile app seamlessly with business model features such as commerce. (We’re focusing on this trend at MobileBeat 2o13, our executive event in SF next month. The event’s tagline: “How to building a Winning mobile experience”.)

Also expect plenty more companies to get into the instant gratification field. Amazon already offers same-day shipping for certain items in New York City, and eBay just kicked off its own same-day delivery service, eBay Now, which promises deliveries in under an hour.

Postmates employees rely on a custom mobile app for managing jobs and are equipped with a company credit card. Delivery fees are dependent on the duration and difficulty of the job, as well as on how busy the service is at a particular moment. (Expect higher fees during peak hours.) To give New Yorkers a chance to test out its service, Postmates is waiving delivery fees for the next week.

The NYC launch comes on the heels of impressive growth for the company. Postmates says its delivery volume is growing 20 percent every month, and it has processed more than $1 million worth in deliveries over the past three months in San Francisco and Seattle.

Lehmann tells me the company plans to expand to a new city every two months. Next up is an unnamed East Coast city (he notes that Boston and Washington, D.C. are two good potential options), and after that the company will likely focus on Los Angeles. Given just how different LA is from NYC and San Francisco, Postmates may have to operate a bit differently there. But Lehmann sees a huge opportunity in a city where even getting a six-pack of beer could take a 15-minute drive.

Postmates has raised around $6.75 million so far. Most recently, it raised $5 million in a first round led by FoundersFund.