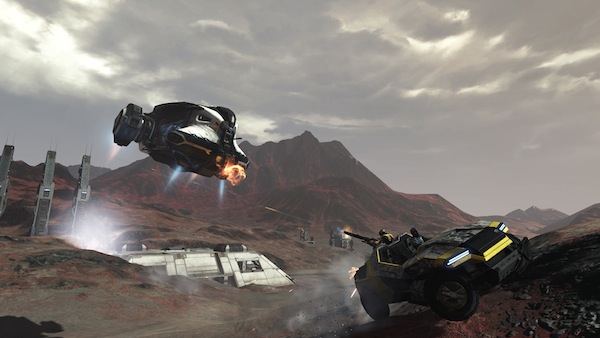 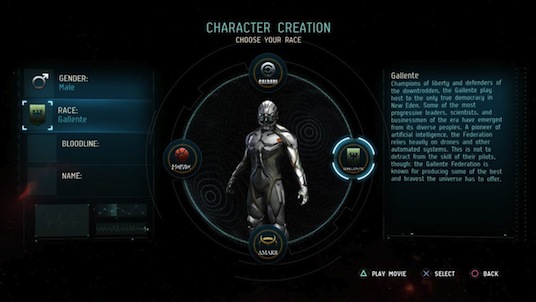 Above: You can choose the gender, race, and bloodline of your character based on the shared fiction between Dust and Eve; however, this doesn't affect your character at all -- you can use any piece of equipment as long as you have the right amount of ISK and SP.