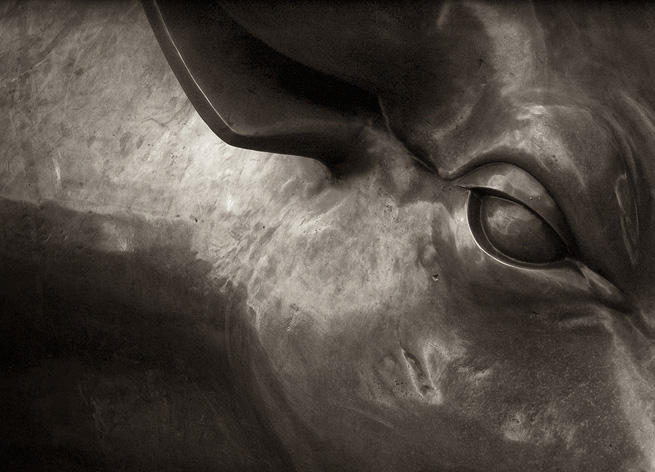 But as these tech IPOs continue to attract our attention, it’s now worth taking a closer look at the New York Stock Exchange and Nasdaq’s competition over listing these lucrative properties.

Historically, the Nasdaq exchange has been known for its ties to technology companies. It’s where tech titans including Google, Apple, Amazon, Microsoft, Yahoo, Oracle, Cisco, and Intel are all currently listed. Last year, the largest tech IPO of 2012 was Facebook, another tech powerhouse, and it chose Nasdaq for its listing.

While the Nasdaq has deep ties to tech, the NYSE has been making moves to court tech companies and make itself a player for tech IPOs. The results have been surprisingly positive the past few years.

While that might not exactly be impressive in proving the NYSE’s momentum, looking at the top of the IPO pile provides a different picture.

Of the top 20 most highly valued VC-backed tech IPOs of 2012 (Facebook, Workday, ServiceNow, etc.), 16 of those companies were listed on the New York Stock Exchange and just four were listed on the Nasdaq. Here’s the full list in order of size of the IPO. (We’re including Kayak because we consider it a tech property even though Nasdaq does not.)

Despite Nasdaq’s protests to the contrary, the momentum for tech IPOs on the NYSE has never been as strong as it was in 2012.

So why did so many tech IPOs go to the NYSE?

Jay Ritter, a prominent University of Florida finance professor that specializes in IPOs, says that it’s hard to come up with one overwhelming reason for why the momentum has shifted to the NYSE. The biggest reason he could provide was that the New York Stock Exchange’s brand position has a slight edge over Nasdaq’s.

“The difference between the two exchanges today is minimal,” Ritter told VentureBeat. “These are two very good brands, but the New York Stock Exchange continues to be more a global brand.”

David Ethridge, the SVP and head of the capital markets group at the New York Stock Exchange, told VentureBeat that he attributed the recent shift to its company support and execution on day one.

“We offer a unique set of assets like our media platform that make us better than any other exchange in the world,” David Ethridge, SVP and Head of the Capital Markets Group at the New York Stock Exchange, told VentureBeat. “Our ability to execute at the open is unmatched.”

Another thing that could have helped shift the momentum? The Facebook IPO.

The largest tech IPO by far for Nasdaq or NYSE in 2012 was Facebook, which ultimately sided with Nasdaq. At IPO pricing of $38 a share, the company ended up being valued at $104 billion when it started trading.

But as you likely know, the IPO didn’t exactly work out well. Facebook had massive amounts of trading volume during the IPO, and technical glitches held up initial trading by half an hour. Nasdaq will end up paying up to $62 million in damages to vexed investors who lost money because of those glitches.

“The Facebook fiasco was a black eye for Nasdaq,” Ritter said. “But there’s no guarantee that the New York Stock Exchange’s system wouldn’t have had the same problems. … The bright side is that what happened on Facebook’s first day will almost certainly never happen again.”

The U.S. Securities and Exchange Commission ended up fining Nasdaq $10 million earlier this week for breaking rules related to the Facebook IPO. That’s the largest fine the SEC has given an exchange. Nasdaq agreed to pay the amount without admitting to or denying any rule breaking.

Bob McCooey, the SVP of new listings and capital markets at Nasdaq, does admit the Facebook IPO incident hurt the Nasdaq brand with tech companies. He says that the incident is now a major talking point when NYSE pitches itself to companies looking to list — even while the NYSE itself has also had some issues.

“When we talk to companies about listing, we explain the benefits — we don’t spend a lot of time talking about what’s wrong with our competitor,” McCooey said. “Neither of us should be casting aspersions about the challenges we had in 2012.”

“It seems like a lot of people choose to forget about that,” McCooey said. “We’ve had our issues … and they had theirs, too.”

By comparison, the largest tech IPO for the NYSE in 2012 (and the second largest overall) was enterprise cloud-software powerhouse Workday. That IPO went off swimmingly, with first-day trading sending shares up 72 percent.

“Traditionally, an enterprise tech company like Workday would have been a Nasdaq company,” Ethridge said.

So 2012 might have been a strange year and one that favored the NYSE’s image over Nasdaq’s. So what has 2013 looked like so far?

Thus far, the NYSE has the edge with nine tech IPOs for NYSE and seven for Nasdaq. Here’s the breakdown in alphabetical order:

(Note: Nasdaq told us it considered Blackhawk Network a “tech IPO,” but since the company’s primary goal is to help retailers distribute and sell gift cards, we’ve taken it off the list.)

The most recent large IPOs were e-commerce business ChannelAdvisor, big data service Tableau, and marketing automation service Marketo. Over on the NYSE, Tableau closed its IPO day up 63 percent while ChannelAdvisor’s IPO popped by about 40 percent. On the Nasdaq, Marketo soared almost 78 percent on IPO day.

While we’ve still got many months to go before you can say the NYSE has a definitive edge for 2013, Ethridge said he is confident about the prospects. “We’re going to work hard to continue this momentum,” he said.

Naturally, McCooey says that this there is still a long way to go in 2013 before anything can be called.

“I’m positive about this year,” McCooey said. “We’ve been blessed with a strong IPO so far in 2013. This year could be very good for capital markets and for Nasdaq in general.”