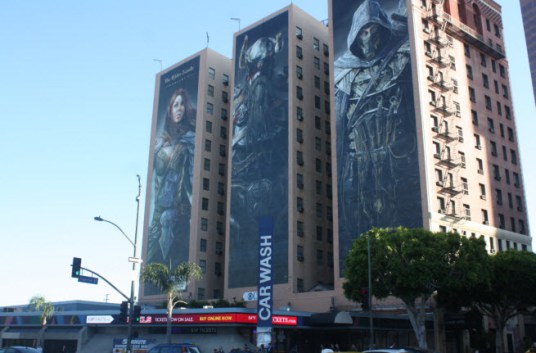 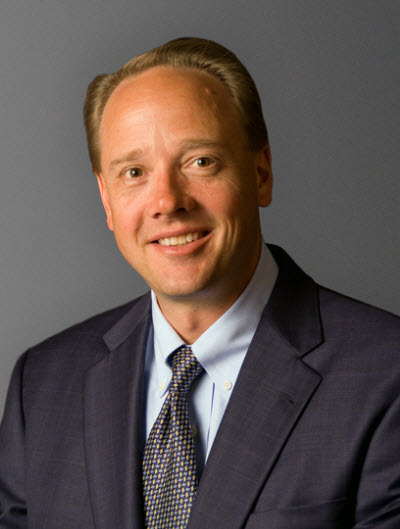 Although the game industry is in turmoil, the show is expecting to attract more than 200 exhibitors to more than 350,000 square feet of space, or more than eight football fields. Thousands of media and bloggers will appear, helping to provide more than 25 billion consumer media impressions during the event.

“We’re hardwired to be excited around here,” said Mike Gallagher (pictured), the president and chief executive of the Entertainment Software Association (ESA), the trade group for video game companies and the producer of the show, in an interview with GamesBeat. “The eyes of the world are going to be upon us.”

We think of Gallagher as the game industry’s biggest suit. When it needs better PR, Gallagher has to step up. He has to take to the microphones when angry politicians call for antiviolent game legislation. He delivers the bright and happy message about industry growth even as companies scramble to balance the decline of traditional games with the rise of digital ones. And he has to embrace all of gaming across all platforms even though he would really like to go off in a corner and play a game.

That’s a heavy responsibility, but it’s not such a bad job. This year is going to be more fun because Microsoft will show up with the Xbox One console, its first new machine in eight years, and Sony will come with the PlayStation 4, its first in seven years. Nintendo launched its Wii U console last fall and will show off games that it hopes will keep its ecosystem competitive.

All three of these machines will be a “tremendous shot in the arm for the industry,” Gallagher said. “They represent the best in risk-taking nature for our industry … . By comparison, other entertainment industries seem like they are standing still.”

The excitement over the new machines is palpable as there is a lot of pent-up demand, he said.

“The console makers will be in full competition, and their machines will be fully playable at E3,” Gallagher said. “This is the place to show the world what is coming next.”

Apple won’t be there, as it has never participated in E3 despite the disruption it has caused with free or 99-cent games on its smartphones and tablets. Gallagher says Apple is always invited but chooses to go its own way. The same goes for the more controversial Rockstar Games, which is debuting another Grand Theft Auto game this year — but not at E3.

Gallagher says the game industry can absorb disruption. Big publishers such as THQ have faltered. But the bankrupt company auctioned off its games, and those titles are showing up in the booths of other publishers this year. And while some companies such as 2K Games have chosen not to exhibit, Gallagher says you will see all of the companies that “drive the growth of the industry.”

New this year will be a mobile pavilion, where mobile-game startups can show off their wares.

“That is a packed house,” Gallagher said.

Mobile gaming has taken off like a rocket in the past year. Supercell, a Finnish company that made Clash of Clans and Hay Day, raised $130 million at a $770 million valuation last month. And Gung Ho Entertainment, a Japanese gamemaker that created the quirky Puzzle & Dragons title, is making more than $3 million a day from its game. It may very well have the first billion-dollar mobile game on its hands if the trends hold steady. And within mobile, games were 24 of the top 25 apps in the App Store, and they generated more than 50 percent of the revenue on Apple’s platform.

You’ll also see PC game companies that are touting free-to-play titles, such as Wargaming.net, which will have a huge booth to show off games like World of Tanks and World of Warplanes. And foreign companies such as Nexon are coming to the show even though they are 100 percent digital and have no need to snag the attention of retail game buyers. The sales of these digital companies aren’t captured in the monthly retail stats collected by market researcher NPD, and so it seems like game companies are shrinking rather than expanding, Gallagher said.

“Some are contracting, and others are expanding,” Gallagher said. “That is the nature of the show.”

Not on the defensive

Gallagher said he is proud of how the game industry reacted to the outrage over the massacre of children in Newtown, Conn. He said it stepped up to participate in the national conversation that happened in the wake of the shooting and the National Rifle Association’s pinning the blame on violent video games. The industry met with the White House, the vice president, and many other politicians to engage in a “dialogue for the path that lies ahead.”

“Some expressed concern about the industry, and most have said they want our help,” he said.

He said the game industry reaches scores of millions of people a day and has a unique ability to communicate with the American people in a responsible and mature way.

“That’s a recognition of the strength of the industry, and at this point, the industry is in a very strong position,” Gallagher said.

With each new medium that arrives, the issue of bad cultural influences arises, Gallagher said. It happened with the arrival of movies, broadcast TV, cable television, and now video games.

“Yes, these questions about violence do come up, but they come up for all media in the entertainment space, including video games,” Gallagher said.

He noted that the industry has never had a broader range of entertainment options.

“The first thing we offer is choice,” he said. “Ninety-one percent of titles last year were rated at Teen or below. The composite of the industry stretches from your smartphone to your flat screen.”

He noted that game ratings are still in place, and in recent Federal Trade Commission compliance tests, more than 90 percent of retailers now stop a minor from buying a Mature-rated (17 and older) video game at the cash register. He noted that Target was able to prevent a minor from purchasing a Mature game 100 percent of the time in a recent test. And he said the industry continues to encourage parents to supervise what their children buy and play.

E3 isn’t all about violent games and booth babes despite the attempts of some mass media to portray it that way. Gallagher said he appreciates the presence of a cadre of veteran journalists who can interpret what E3 means to the larger society and those who can’t make it to the show floor.

And the larger society is coming to the show. NASA’s Jet Propulsion Lab will come to meet game companies. The show is attracting participants from education, as the Games and Education Summit is taking place for the fourth year at E3. The ESA has invited college game creators to compete in a contest for the first time. The finalists are joining the show, and the winner will be named during E3. And the Glass Lab — a collaboration of the John D. and Catherine T. MacArthur Foundation, the Bill & Melinda Gates Foundation, Electronic Arts (EA), and the ESA — is celebrating its first anniversary of doing research into how games can improve learning.

As the new consoles arrive, they will come with new technologies that prevent piracy. But consumers are already waving the red flag about rumors that the console will have new restrictions that infringe on consumer “fair use” rights, which historically enable a consumer to do what they want with an item they purchase, including reselling it. Microsoft and Sony have not yet completely explained whether their new consoles will allow the resale of used games.

Asked about this heated controversy, Gallagher said, “The video game industry is the closest to its consumers of any form of entertainment, period. The game industry is instantly dynamic, instantly connected to consumers, and immediately responsive to their concerns. That’s a hallmark and why we are growing. Sure, there are issues that come up. But consumers voices are heard and reacted to faster than any other industry.”

In other words, if the industry blows it and tries to do something anticonsumer, people will speak up, and the companies will listen. After all, consumers have more choices now than ever.

As for digital gaming’s complexity, Gallagher says, “The digital nature of the industry has created almost infinite opportunities for the industry. When it comes to business models, companies can be more creative about providing value to consumers. From free-to-play smartphone games to the connected online experience you have in triple-a titles and new levels you can download and new things you can personalize — those create opportunities. They create multiple layers of communication with consumers, and they create a duty for clarity so that you hit the right mark.”

As for the future, Gallagher says, “The frontiers have never been bigger. The opportunity for growth has never been more robust. New games are being created every day. The consumer benefits from the innovation and competition.”

So there you have it. The Suit has spoken. Go have some fun.