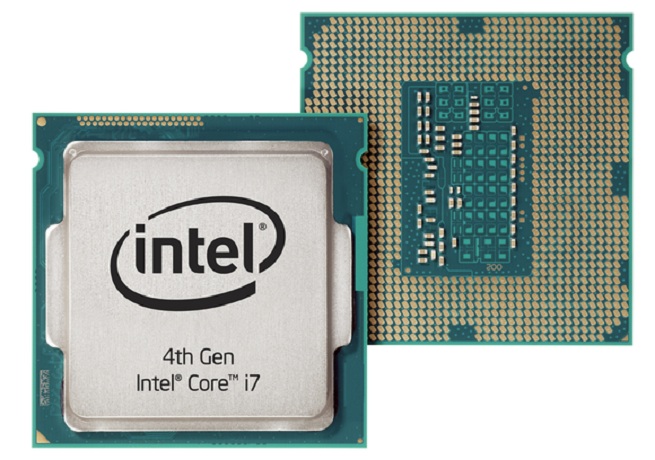 Intel debuted the chips based on its fourth-generation Core microarchitecture, previously codenamed Haswell. Today’s first batch of microprocessors include quad-core processors for laptops and desktops.

The world’s biggest chipmaker has been teasing the chips for a year, as they features the biggest leap in battery power savings that PCs have ever seen in one generation to the next. The chips feature 50 percent better active battery life and 20 times better idle battery life. Graphics for the Haswell-based chips will be twice as good as the graphics for last year’s Ivy Bridge chips.

Intel is taking the wraps off of five Core i7 laptop processors today and 12 quad-core Core i7 and Core i5 desktop chips today. More information will be released on Tuesday at the Computex trade show in Taiwan.

The chips promise to boost the sagging PC market, which is now expected to fall 7.8 percent in sales in 2013, according to IDC. Last week, IDC revised its forecast downward from a previous 1.3 percent estimated drop.

Computer makers are taking the Haswell chips and doing interesting designs with them. The laptop chips will be used in devices that double as laptops with detachable keyboards. Once you take the keyboard off, the machine becomes a Windows 8 touchscreen tablet.

On the desktop side, HP has unveiled its HP Envy Rove 20 all-in-one computer, which has a detachable 20-inch touchscreen. You can lay the touchscreen flat on a table and use it as a tabletop computer for board games in the kitchen. The screen has its own batteries that can last for three hours.

Intel promises that such creative approaches to design will proliferate throughout the year thanks to the capabilities that Haswell brings. The new laptops with Haswell promise to be a lot thinner. Prices for the machines will run under $500 for laptops.

The Iris graphics will support 4K displays, which have a resolution of 3,840-by-2,160, or four times the pixels of a 1080p high-definition display. But developers will have to create games and other software to take advantage of the better displays, and manufacturers will have include 4K displays in their computers, before users will see the benefit.

Additional features like QuickSync will improve MPEG video encoding and decoding and improve video playback. A laptop with a quad-core fourth-generation Core chip will get as much as nine hours of HD video playback.

On the central processing unit (CPU) side, the improvements are only 5 percent to 15 percent above Ivy Bridge performance.

Intel’s new chips include the quad-core laptop M-series, with three new processors. It is also launching the H-series with three new processors. The laptop chips include the $378 Core i7-4800MQ and the $568 Core i7 4900MQ chips. Those chips consume 47 watts of power and operate at 2.7GHz and 2.8GHz. They can be overclocked (or run faster than recommended speeds) up to 3.7GHz and 3.8GHz.