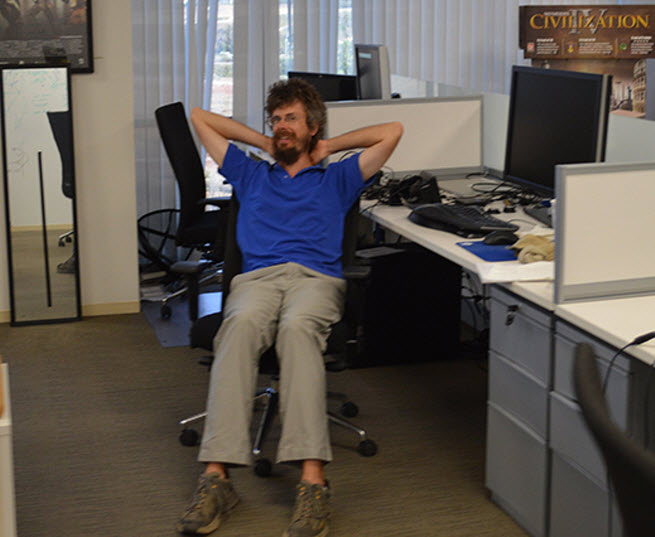 The employees of Oculus VR have posted a memorial dedicated to Andrew Reisse, the company’s co-founder who died tragically on Thursday when a car hit him during a high-speed police chase.

“We have some completely unexpected, tragic news to share. On Thursday, we lost a very dear friend and founding member of our close-knit Oculus family, Andrew Reisse,” the organization said in a blog post today.

The piece described Reisse as a “brilliant computer graphics engineer, an avid photographer, and hiker who loved nature, and a loyal friend.” Reisse was “extraordinarily kind and utterly selfless.” He was a “mentor and inspiration to everyone around him.”

Reisse studied computer science at the University of Maryland College Park, and he was a dorm roommate of Michael Antonov, another co-founder of Oculus VR. Some on the team knew Reisse since college and worked with him at multiple companies including Scaleform in Maryland. He helped start that company at age 19.

“He loved games, but even more, he loved the technology behind them,” the company said. “Just for fun, he made his own 3D rendering engine that could load Quake maps. That same year, [Reisse and Antonov] met Brendan Iribe and set out to make a UI system for game developers, which was first used in Civilization IV and would later become Scaleform GFx — used by thousands of video games.”

“Andrew was a freethinker and stood by his opinions and ideals,” the company added. “He was against corporate agreements that restrict an employee’s ability to contribute to open source side projects. When pushed by Autodesk to sign such an agreement, Andrew opted instead to join Brendan at Gaikai, the cloud streaming company, in California. Michael and Nate [Mitchell] joined Andrew and Brendan a week later, where the team worked on Gaikai’s cloud gaming platform and SDK until they started Oculus. Andrew continued his work on open-source projects all the while.”

The job at Gaikai in Aliso Viejo, Calif., drew Reisse out to California where he eventually lived in Santa Ana and worked at Oculus VR in Irvine. His impact on the technology at Oculus was “immeasurable.” But the team said he wasn’t boastful. When he wasn’t programming, he was learning, reading his favorite website Slashdot.org.

At Oculus VR, Reisse served as lead engineer. His contributions to the industry went far and wide. Millions of people have played thousands of games featuring his code.

Reisse was walking in a crosswalk when a car hit him. Police said the incident started when they saw two cars full of people. An altercation ensued where they shot and killed one of the suspects, 26-year-old Gerardo Diego Ayala. Police alleged that Victor Sanchez and two other suspects took off in a Dodge Charger.

Sanchez, who was allegedly at the wheel, fled from police and crashed into two vehicles before hitting Reisse during the high-speed chase. Sanchez led police through several red lights, including the one at the intersection where he apparently hit Reisse.

“Andrew was taken from us long before his time,” the company said in closing. “Words cannot express how sorely he will be missed or how deeply our sympathy runs for his family. Andrew, you will always be in our thoughts and never forgotten. We love you, Reisse.”