Text adventures were some of the earliest forms of video games, but we’ve come a long way since Hunt the Wumpus and Adventure. Some of today’s surviving pockets of the genre are visual novels and gamebooks — two very niche types of games that most people associate with tons of reading. They cringe at the idea and then go peruse libraries in The Elder Scrolls V: Skyrim.

Despite their name, these games aren’t all about text. Interactive fiction is perhaps a better classification. That misconception can hurt sales, so manipulating the genre to emphasize its versatility and flexibility could be the key to a more successful future.

The grim state of visual novels

Xseed Games knows a little about the merits and challenges of publishing visual novels in the United States.

“Similar to a good book, [visual novels] can totally engross you within that world as your mind has to get creative to fill in the blanks on everything that’s happening,” Xseed and Marvelous U.S.A. executive vice president Ken Berry told GamesBeat. “This works especially well in the horror genre, something that the Japanese do very well because it’s what you can’t see that’s the most horrifying.” 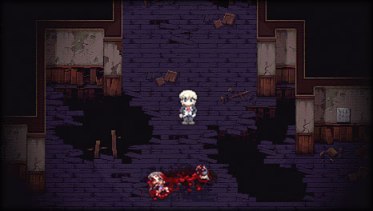 Above: The first Corpse Party for PSP.

The first localized Corpse Party horror game, which released in 2011, “greatly outperformed” its sequel, Book of Shadows. Berry speculates that because the series switched from a perspective where players control an onscreen avatar to one that resembles a more traditional visual novel — with less direct interaction and player input — gamers were less interested.

Low sales forecasts have sometimes prevented Xseed from localizing more of these games, such as with Anata wo Yurusanai, which translates to “I will not forgive you.”

“It had an interesting story, branching storylines depending on player input, and the legendary [Final Fantasy composer] Nobuo Uematsu himself was in charge of the game’s music,” said Berry. The publisher passed it over because the overwhelming amount of translation work well exceeded what Xseed predicted it would make off the game.

How can companies alleviate these Western-specific problems? 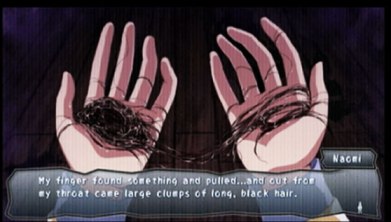 Above: Corpse Party: Book of Shadows.

“I’m really not sure, to be honest,” said Berry. “Manga in Japan is more popular than their counterpart comic books in the U.S., but both cultures have a history of associating pictures and art to help tell a written story. As Japan embraced digital technology to take it a step further, I don’t think many companies tried to do the same in the West, so perhaps it’s just a matter of being more exposed to that kind of storytelling format.”

Many developers have supplemented simple pictures with action and puzzles, which can help break up long stretches of reading — such as in Aksys Games’ popular title 999: Nine Hours, Nine Persons, Nine Doors or Capcom’s Phoenix Wright: Ace Attorney series. However, it probably doesn’t help that visual novels often contain anime tropes (like the overused high school setting and blushing, androgynous characters) that can alienate many Western gamers and — in addition to the amount of reading — keep them from discovering what’s enjoyable about these titles.

Hope for the future

A little-known studio in Melbourne, Australia called Tin Man Games may have what it takes to breach the divide between reading and games.

Most recently, it released the digital “gamebook adventure” Judge Dredd: Countdown Sector 106 on Android (it hit iOS last year) and partnered with San Diego, Calif.-based Black Chicken Studios for the successful Kickstarter Holdfast. Its mobile game Trial of the Clone — by Zach Weiner, the author of the webcomic Saturday Morning Breakfast Cereal — featured the voice narration of geek-culture idol Wil Wheaton (aka Wesley Crusher on Star Trek: The Next Generation). That in particular is a great example of how to popularize the genre, especially in a time when e-books are changing our expectations of how we interact with text. 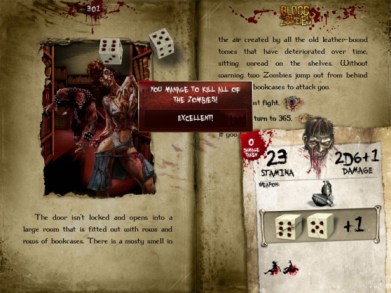 Like visual novels, gamebook adventures involve much more than reading, and Tin Man’s digital versions of traditional — and entirely new — gamebooks remove much of the pen-and-paper calculations of choose-your-own-adventures, streamlining them for modern audiences.

Neil Rennison didn’t always think small. Before he started Tin Man Games and created its gamebook engine, he founded Fraction Studios, which has worked on hit racing franchises like Need for Speed. “I’d always had a bit of a love affair for gamebooks in the ’80s,” he told GamesBeat, explaining that he shifted focus because he needed a change. “They were the first kind of portable gaming. There were no Nintendo DSes to take on your holiday trips, so instead I took piles of these gamebooks with dice and pencils.”

Some of his favorites growing up were the Fighting Fantasy series. His first was Ian Livingstone’s Deathtrap Dungeon. “We’re actually publishing that book,” said Rennison. “We got the rights to it. So we’ll be publishing that this year, which is very odd. It’s kind of a pinch-yourself moment, really.”

Tin Man has adapted other Fighting Fantasy gamebooks like Blood of the Zombies and House of Hell — adding bookmarks, achievements, and other features. These might sound like embellishments on a tired genre, but Rennison reminds us of the impact these games — and in turn, other text adventures — have had on the medium as a whole. 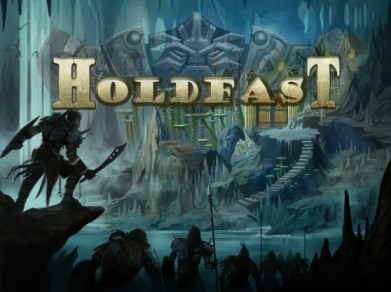 “The weird thing is that when you play a modern computer game these days, it’s essentially the same decisions that you’re having to make, just not in a written form,” he said. “They’re in more of an action form, where you’ve got to [decide] which button combination you’ve got to make or which 3D room you got into next.

“Even though it’s an old kind of genre, it’s still so relevant to today’s game design principles. I’d even go as far as to say they set some of the wheels in motion to modern game design.”

Now gamebooks are borrowing elements from the very games they inspired. The Kickstarter project Holdfast, which has surpassed its target funding goal of $20,000, tells a story of “dwarven vengeance.” Its system verges on more role-playing-game complexity, taking the genre in a new direction.

It’s a challenge and just one way that these games can rope in a wider audience.