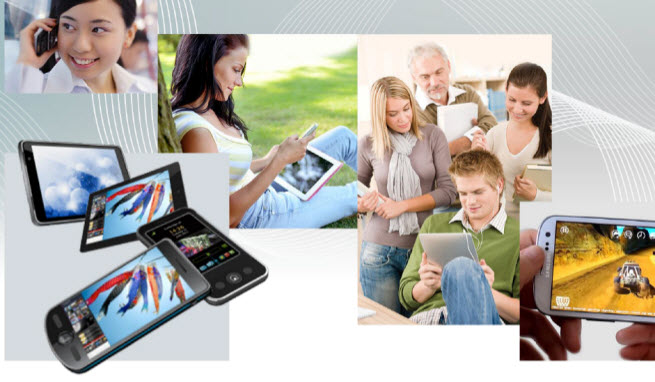 To date, if you want to get a smartphone, you’re either stuck with a low-end entry-level device or a high-end iPhone or Android device. ARM, the mobile processor design house, wants to change that so you’ll have another choice in the middle.

Today, the Cambridge, England-based intellectual property company is revealing designs for future chips that can handle processing and graphics for mid-range smartphones priced around $200 to $350. Jeff Chu, director of segment marketing and client computing at ARM, said in an interview with VentureBeat that the mid-range market will probably hit about 580 milllion devices sold per year by 2015.

To fuel that segment, ARM is creating the ARM Cortex-A12 central processing unit design. Under its business model, ARM designs the architecture and basic building blocks for mobile chips. Its licensees, such as Qualcomm and Nvidia, take those building blocks and design chips with them. Still other companies fabricate the chips.

Most chip companies design for high-end devices and then bring those chips down to the low-end over time. But ARM wants to keep the engine of growth going by making the latest features and capabilities available for people who have a budget. ARM definitely has to watch its back. While it dominates mobile processing, Intel is pursuing it relentlessly.

Chu said that low-end devices are used for communication and viewing content, while high-end devices can be used to create content. He thinks that mid-range devices will be used for content creation in the future on tasks such as video editing, and special effects creation in photos. He believes natural language processing and handwriting recognition will become staples in mid-range devices. Hardware-based security will also be important. ARM is designing all of these features into its mid-range chips.

Tzu-Mu Lin, senior vice president of Via Technologies, a processor designer, said that the energy efficiency of the Cortex A-12 will make it a perfect choice for his company as it tackles the mid-range device market.

ARM says that the ARM Cortex-A12 CPU will have 40 percent better performance than the Cortex-A9 introduced in 2009. It will have features such as big.LITTLE processing enabled, more than 4 gigabytes of addressable memory, and security with virtualization and TrustZone. The lead manufacturers will be  Global Foundries and TSMC.

Meanwhile, the ARM Mali-T622 GPU will be small and be 50 percent more energy efficient than the Mali-T600 series graphics chips. And the ARM Mali-V500 video processor will be able to handle high-definition (1080p) processing and TrustZone secure video. The manufacturer will be TSMC.

Lead partners will receive the basic design from ARM in July, and the partners will announce their devices after that. The chips are expected to be used in mobile devices in mid-2014.