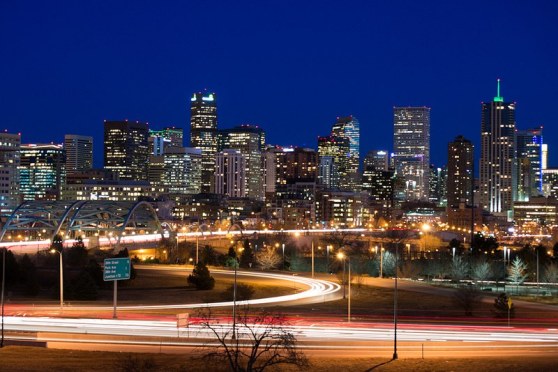 For entrepreneurs, Silicon Valley is no longer the only option. Burgeoning tech hubs like Seattle, Boulder, Austin and Denver offer a strong community, tax breaks, and a lower cost of living.

Above: Colorado’s Gov. Hickenlooper is an entrepreneur ‘on loan to public service.’

During a recent trip to Colorado, I met with Governor John Hickenlooper (D), who stressed his commitment to tech, and revealed plans for a new state supported venture fund. The Governor told me views himself as an “entrepreneur on loan to public service.”

The region is growing its tech scene so rapidly that locals are even bandying around a new term: “Silicon Mountain.”

But is Colorado putting its money where its mouth is? Today, the State released its first ever report on the health of the startup ecosystem. Erik Mitisek, CEO of the Colorado Technology Association, said the results show that the spotlight on Colorado is “shining bright,” and now they have the “data to prove it.”

Key findings from 2012 Built in Denver report are as follows:

Much of the funding for startups came from the Boulder-based firm Foundry Group, although more than 47 out-of-state investors funded tech companies in 2012.

“Colorado has developed into a state that every investor should watch,” said Brad Feld, serial entrepreneur and managing director of the Foundry Group, in the report. “Our startup communities and economy are thriving and the companies being created here are awesome,” he added.

But before you buy a one-way ticket for Denver, it’s important to be aware of the limitations.

Even Governor Hickenlooper admitted that venture funding is still in short supply. When he got elected in 2010, he said he interviewed local entrepreneurs for the Economic Development Program. “Better access to venture capital” was a consistent request across the State.

He also admitted that while the State has attracted its fair share of innovative “free thinkers,” it’s not dramatically different than cities like Seattle and Austin, the primary competitors for newly-forming tech hubs like Denver and Boulder.

Although Hickenlooper claims Silicon Valley is not the competition, it remains the only option for many entrepreneurs, particularly those at a later-stage of development or with specific talent needs.

Would you considering moving to Colorado to start your business? If not, why? Sound off in the comment section below.