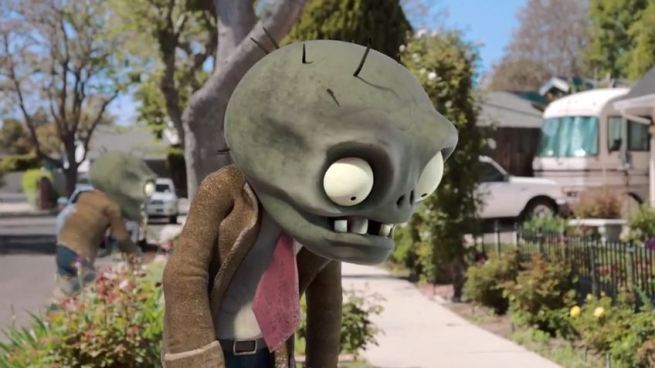 I hope you enjoy your zombie-fighting plants with microtransactions, because the official Plants vs. Zombies sequel is going freemium.

Electronic Arts revealed today that developer PopCap’s Plants vs. Zombies 2: It’s About Time is due out July 18 for iOS devices as a free download. This followup has the first game’s Crazy Dave and a bunch of familiar plants traveling through the fourth dimension to battle the undead in ancient Egypt, pirate times, and more.

The press release also says that PopCap designed the game “from the ground up as a live service,” but it doesn’t elaborate on what that means. We’ve asked the studio to explain the live service and when it might release PVZ2 for other platforms. We will update with its response.

“We’re confident that players will see the love and attention we’ve put into this game,” PopCap senior producer Allen Murray said in a statement. “We’ve created wild new ways to experience the plants and zombies you know and love as well as packing the game with tons of completely new content, and we’re still hard at work coming up with even more cool stuff that will keep Plants vs. Zombies 2 fresh and evolving in the months and years following launch.”

Plants vs. Zombies originally hit PC in 2009. This was well before freemium established itself as the default business model for casual games. In 2012, we spoke with PopCap about shifting to a free-to-play model. The company wanted to take its time on the sequels so that it could get everything right, and that obviously includes using microtransactions. The Plants vs. Zombies debuted for $20.