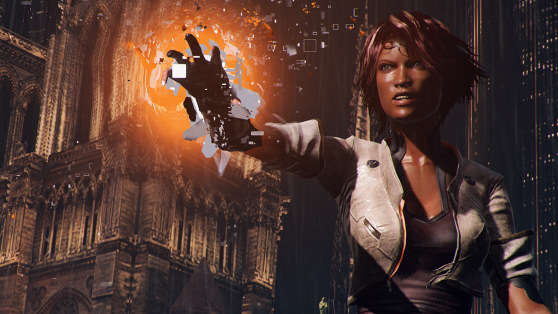 Memories define who we are. They shape our futures and influence our decisions. They can also be the source of tremendous pain. If we could wipe away the bad and keep only the good, who would we be?

That’s the kind of question the action-adventure game Remember Me (out tomorrow for Xbox 360, PlayStation 3, and PC) seeks to answer through the setting of Neo-Paris in the year 2084. The corporation Memorize has created a remarkable brain implant called Sensen, which enables people to share and store their memories in a network. In the first few minutes, players go from listening to people praise the technology to witnessing the devastation it has caused.

When the female protagonist Nilin wakes up in a cell, we watch as her captor strips away her memories in an agonizing process. He misses a few. That makes her dangerous. Nilin is a talented memory hunter who can steal or “remix” people’s memories through their Sensen, and as a member of the rebel group the Errorists, she’s a threat to Memorize. With her mind still intact, a mysterious contact named Edge guides her out of prison and onto the streets where she can lead a revolution.

An immersive sci-fi world
Remember Me’s opening moments are a powerful way to start out the game. As a disoriented Nilin staggers around the confinement facility, the camera follows her every unsteady movement, creating a sense of dizziness. Everything is a little too bright, and she encounters horror after horror: white rooms that house delirious inmates, a machine that rips the memories out of people’s heads, and even a menacing “coercive” robot that hunts down escapees. She leaves in a coffin — one of many mass-produced containers for the dead and still alive.

The vividness of the environment persists. Neo-Paris is a gorgeous city, its infrastructure part historical and part new — the street level littered with androids, neon lights, and holo-televisions. From the skyscraper vistas to the grimy underground, Remember Me is an atmospheric wonder. It feels well thought-out down to the lingo, which the characters constantly bandy about. The game tops that off with weird, futuristic-sounding music that’s different from anything you’ve likely heard before. 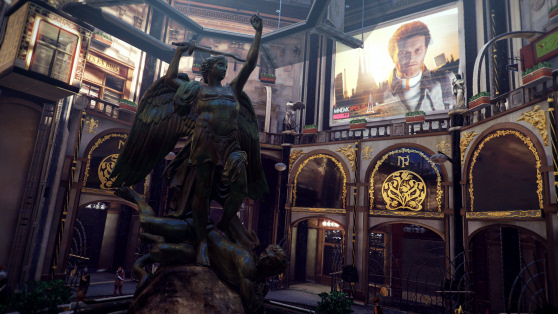 The story drives much of the game and introduces you to eccentrically named characters such as Johnny Greenteeth, Headache Tommy, and Bad Request, among others. Nilin sets out to save the suffering city from Memorize. Only she can reach the people responsible and either enact revenge or “remix,” aka rewrite, their memories — altering their roles in events to better suit the Errorists’ agenda. Without her own complete memories, however, she’s unsure whether what she’s doing is right.

The uncertainty makes the experience that much more compelling and enjoyable.

A deep combat system
While Remember Me is big on story, developer Dontnod Entertainment carefully balanced it with strong combat mechanics. Basically, players assemble combos in the Combo Lab menu. You have only four increasingly long, predetermined combinations of the X and Y buttons to toy with the entire game — you unlock these slowly, one at a time — but the real depth emerges with the Pressens. Think of these as the individual Xs and Ys that you can assign to each entry in a combination.

Pressens come in different forms: Power, Regen, Cooldown, and the rarer Chain. While Power Pressens deal a lot of damage, Regen regains health for Nilin every time she uses one in a combo. Cooldowns reset your S-Pressens (special moves) faster, and Chains magnify the effects of the Pressen that came before it in a combo. Players can mix and match to engineer any devastating combo they please — maybe one string that inflicts maximum damage or another that helps recover more health. Some arrangements can even grant bonus Procedural Mastering Points (PMP), which unlock forgotten Pressens. Think of them as level-ups that offer you even more ways to kick butt. 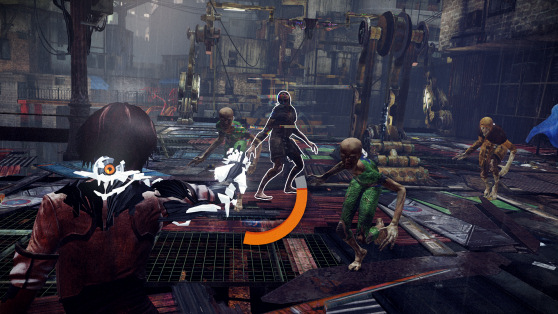 The inputs are always the same — a series of Xs and Ys — but the results vary. Longer combos are more deadly, too, as later Pressens take on more power.

Remember Me constantly adds new layers to the combat, and it takes the entire 10-hour game to see them all. Nilin can use S-Pressens to more effectively terminate the enemies around her. For example, Sensen Fury is very similar to free-flow in Batman: Arkham City, in which players can rapidly trash a number of baddies without losing stride. And Sensen R.I.P. (Rust in Pieces) turns all robots into allies that eventually self-destruct.

On top of this, Nilin can shoot foes with the Spammer weapon she acquires. It has a number of applications, such as breaking shields or weak environmental structures with its Junk Bolt enhancement. She can also use it to interact with the environment by opening doors, moving objects from afar, and so forth.

Frequent new challenges
Remember Me flavors its gameplay with various activities. Some minor missions involve tapping into people’s memories and activating their “Remembranes” (ghosts of themselves in the environment) to watch scenes from their past. This helps you bypass security and learn vital information.

You can also locate and collect different items. SAT Patches and Focus Boosts increase health and Focus (which fuels your S-Pressens), respectively. Those are useful. And Scaramechs — little white “bugs” that crawl on walls and emit a ticking noise — are fun to search for and kill for PMP bonuses.

Sometimes bosses and minibosses, especially, act as the perfect break from regular combat, challenging you to think fast and use your S-Pressens and other abilities in creative ways. It’s fun to hear a lumbering death robot roar and then tell you “it’s just a flesh wound” when its arm falls off. This is a Zorn, and I love him. 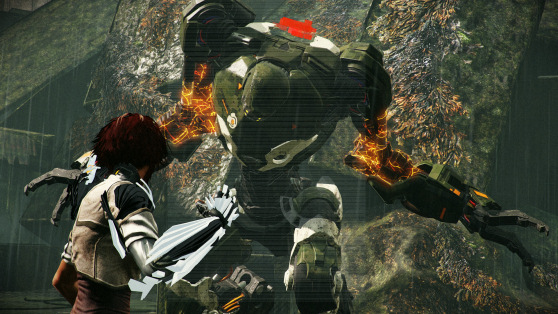 These fights do end with a few quick-time events, but fortunately, the title allots you plenty of time to press buttons in sequence, and you quickly get a feel for when these moments will happen. They shouldn’t catch you off-guard.

For some encounters, though, a little surprise could do some good.