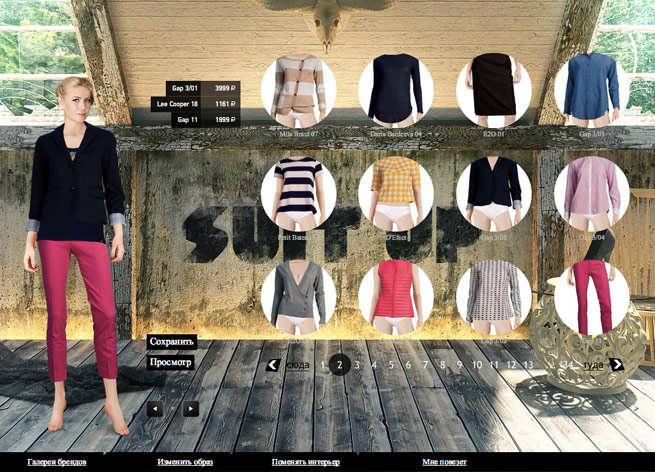 MOSCOW — Russian fashion site Suit Up has only been online for about five months, but it already has impressive traction with major worldwide clothing brands.

Suit Up showed off its wares yesterday at DEMO Europe among other young companies that show a lot of promise.

The site describes itself as “the first 3D online fitting room,” and that description is fairly apt. Suit Up shows a digital fitting room where you can see how clothes look on a fairly realistic female or male model. The model starts off in his or her underclothes and then you can put different shirts, pants, skirts, etc. on the model. Ideally, it gives you a better representation of what the clothes would actually look like in the real world. More than 120 brands have clothes on the site, including Nike, Gap, Levi’s, Paul Smith, Uniqlo, Diesel, DKNY, and more.

Suit Up CEO Tim Raiter told us the site took about 18 months to get it off the ground. He said the company built a custom studio with a rotating base in order to create realistic-looking 3D model. The model would stand in the same pose and then base would spin them 25 degrees for each photo. Then those photos were processed in such a way as to make all kinds of digital clothing fit them.

“The site gives you a chance to create a perfect look,” Raiter said. “Right now, it’s smart enough to accurately put clothes on top of each other, but we’d like to do even more.” 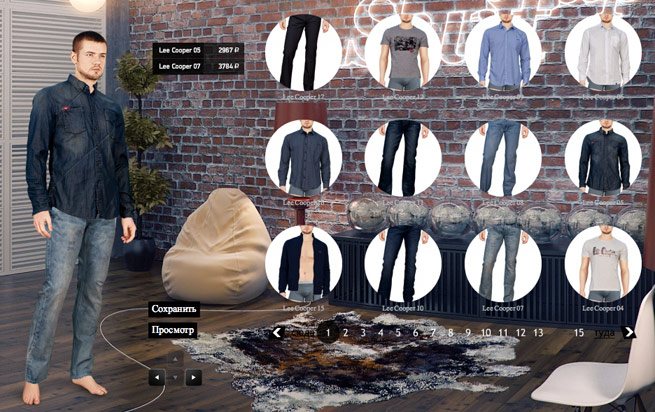 Raiter said more opportunities exist for the company in the near future as it develops more partnerships.

“The site is centered around the fitting room, but we are looking at ways to get brands to offer the 3D fitting room on their own sites or customized fitting rooms on our site,” Raiter said. “We have one company signed up so far.”

While Suit Up is based in Moscow and the main site is in Russian, Raiter said in September he plans to launch another version of the site in English that targets Americans. He will visit New York City around launch time to meet with top fashion brands.

Suit Up has 11 employees and has raised $250,000 in funding. Raiter said the company is seeking another $1.2 million to help get the site working in the U.S. and adding new features.

Top photo via Suit Up