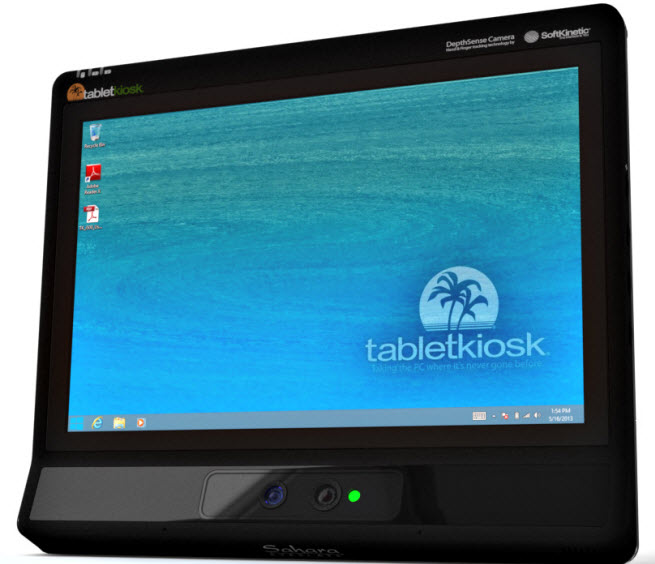 SoftKinetic has teamed up with Intel to enable “perceptual computing,” or using more senses to interact with computers. To that end, it is providing a 3D gesture-recognition camera for Intel to integrate into its collection of perceptual computing technologies by the end of next year.

Belgium-based SoftKinetic is building what it calls the world’s smallest 3D camera that recognizes gestures. It is based on time-of-flight technology, where it maps a room in three dimensions by sending out signals into the space and measuring how long it takes them to bounce back. SoftKinetic showed the tiny camera off in an ultrabook computer at the Computex trade show in Taiwan. The depth cameras are expected to debut in the second half of 2014.

Intel will license technology from SofKinetic, including the Iisu middleware for close-range gesture tracking. Intel will include the SoftKinectic technology in the Perceptual Computing Software Development Kit, which will make it easy for computer makers to integrate perceptual computing into their PCs, notebooks, desktops and other devices.

The depth technology in the SDK works with the Creative Interactive Gesture Camera that uses the SoftKinetic DepthSense 3D time-of-flight technology. The kit enables gesture recognition, voice recognition, and face tracking as close as six inches from the screen.

“We are excited to contribute our technology to the Intel Perceptual Computing Program not only toward the developer community but also to manufacturers of Intel platforms,” said Michel Tombroff, CEO of SoftKinetic. “This expanded collaboration with Intel will accelerate the adoption and proliferation of intuitive, engaging and personalized experience to the consumers.”

SoftKinetic has been working on hardware and software related to gesture recognition for eight years. The company also announced that it has integrated its 3D camera into a tablet.