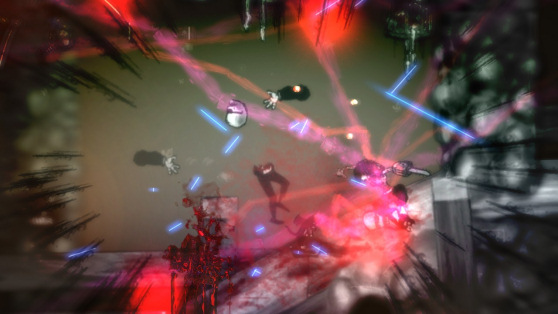 Piracy is the hated scourge of the game industry, but many people — like Russian hacker Barabus — believe it’s bad and do it anyway. Sometimes they even invent crazy justifications to mask that it’s theft. Unofficially releasing a PC port of the beat-em-up The Dishwasher: Vampire Smile, for instance, isn’t “stealing.” It’s a way to give back to developer Ska Studios and its fans.

Vampire Smile, which released in 2011, is the sequel to the 2009’s The Dishwasher: Dead Samurai. Both appeared exclusively on Xbox Live Arcade. Barabus believes it was OK to pirate and modify the game without Ska Studios’ permission because the developer wouldn’t lose any profits, anyway, according to Indie Statik. After all, the developer had no plans for a PC version, and a new platform release would only help more people find the game.

The hacker even blamed Ska Studios for not thinking of it first.

He added, “Piracy — yes, that is bad. On the other hand, we did not steal the game for the Xbox 360; we released it for the PC port. Given that the developers ignored the PC platform, about any loss of profit for them is not out of the question. After all, if they wanted to earn money, then the game would be issued on all available platforms. If the game came out on PC officially, then this thread would not exist.”

Designer James Silva said he had mixed reactions about the port, but ultimately he was OK with it — even “flattered,” he said.

“But I’m bewildered by the cracker’s attempt to justify the morality of it,” he told Indie Statik. “He assumes a lot about why Vampire Smile’s not on PC yet, and he could have cleared up a lot of those assumptions by just emailing me. I get that piracy is a service problem, but that’s a consequence, not a justification.”

@alejandrodaj @robotvevrything Yeah, I’m fine with letting it happen, but I’m annoyed at the entitlement/revenge angle.