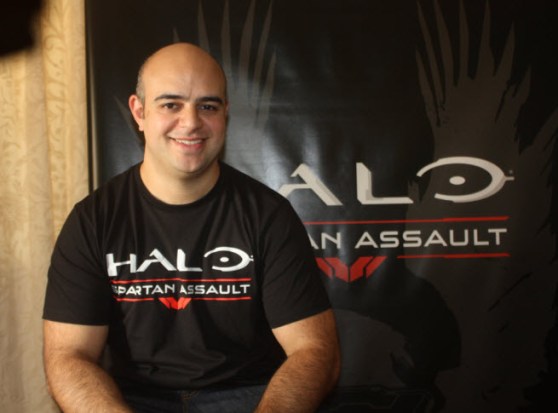 Halo: Spartan Assault is debuting on a Windows tablet, bringing the blockbuster franchise to mobile fans for the first time. It’s a twin-stick, arcade-style action-shooting game that uses a top-down perspective of the sci-fi battlefield. 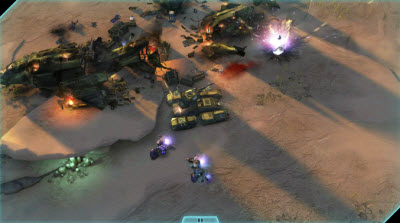 You control the game with your fingers, tapping the screen turn shoot or turn your character. (Here’s our full preview). The vision was to give Halo fans a new way to experience the franchise that has sold more than 50 million copies since 2001 and generated more than $3.4 billion in revenue. The team tried out more than 15 versions of the mobile game over a period of years before they felt they got it right.

You play as Sarah Palmer, the character from Halo 4’s Spartan Ops missions. The time is set in 2552, when the cease-fire with the Covenant alien races has been broken. You can customize your armor and acquire boosts. You can choose to use just about everything from the franchise assets: vehicles, weapons, armor abilities, and Skulls. The graphics do look good, but it’s hard to say if hardcore gamers are going to go crazy of this.

Vanguard Entertainment made Spartan Assault under the direction of Microsoft-owned Halo development studio 343 Industries. It runs on Windows 8 and Windows 8 Mobile devices. The game will debut in July for $6.99. It’s a risk for Microsoft to make it captive to its own hardware, but it might also be one of the only ways to get the Microsoft-branded tablets to sell. It has 25 missions.

We sat down with developer Graeme Jennings of 343 Industries at a recent pre-E3 preview. Jennings told us that the team spent a long time making the game more accessible. One of the challenges was making the game easy to play for people with different hand sizes.

“It took loads of user testing to get it right,” Jennings said. “One of the key things about this game is production values.”

Here’s our video interview below.