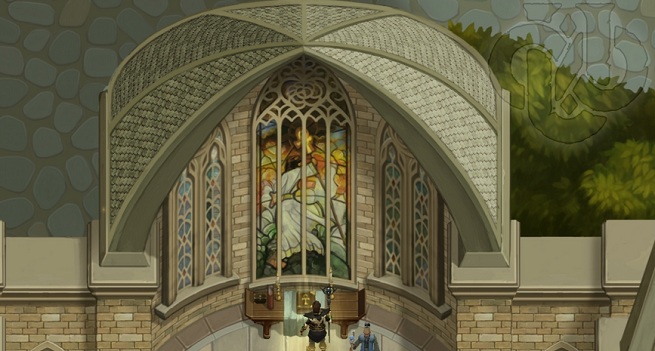 Electronic Arts has been sitting on the Ultima brand for a while, but it is taking the franchise to mobile now with a new title dubbed Ultima Forever: Quest for the Avatar. 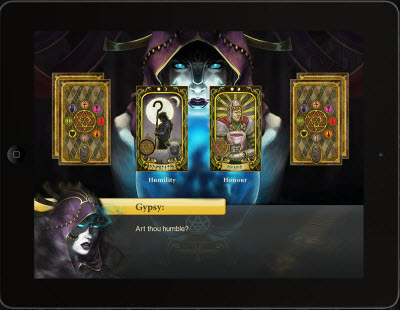 This is a faithful reproduction of Ultima IV: Quest of the Avatar, the game that Richard Garriott created in 1985. EA’s Paul Barnett, the general manager of Mythic Entertainment, jokingly referred to it as an “overproduced, overbuilt” massively multiplayer online game on the iPad. But that wouldn’t be too far from the truth, and, for that, Ultima fans just might rejoice.

The formula isn’t a bad one for EA. It has lots of franchises with loyal fans. It can put those franchises into hibernation and then dust them off when new platforms arrive. The fans go crazy, and EA gets some much welcome revenues. But this game will really test whether people have the patience to play hardcore games on mobile platforms.

The free-to-play game has an estimated 200 hours to 400 hours of gameplay in the world of Britannia. The action takes place about 21 years after the events of Ultima IV, so it isn’t a clone. The world is being engulfed by The Black Weep, a plague that is spreading quickly. You have to help save the world from the endless dark by engaging in open-world quests and adventures. You have to discover the source of the Black Weep and restore the health of the world.

You can create multiple characters. You answer a series of questions in order to shape your character’s personality. If you really want to spend money in the game, you can buy chests with loot in them. You collect keys that give you the best possible loot, and that means you have to get your hands on gold keys.

The game has 125 so-called “five-minute dungeons” in it, and it is an enormous download at 900 MBs. The entire world is available to you in the free version. In the game, you view the world from the top down. You create your character and start to clear out goblins. The game is littered with Ultima trivia, and it comes with a nice cloth map of the world. You can explore dungeons with fellow players in co-op play. You can meet other players in city hubs, form parties and set out on adventures.

“It’s like reading Chaucer, where you want to go back to it,” said Paul Barnett, the general manager of the Mythic Entertainment division of Electronic Arts, at a press briefing. “It is like Ultima IV revisited.”

He joked, “It’s a folly of the highest order. It’s not the way you’re supposed to do it. But it’s what we did.”

Barnett said that Lord British himself, (aka Garriott), got a briefing on the game and tipped his hat to the team.

“He was very gracious,” Barnett said.

Garriott created the Ultima series in the 1980s and sold his company, Origin Systems, to EA. But he left EA more than a decade ago to work on a series of other projects. Garriott is now working on his own role-playing game, Shroud of the Avatar: Forsaken Virtues. Garriott tried to get permission to make another Ultima game, but EA clearly has its own plans for Ultima. The game is being tested in overseas markets and is expected out this July.