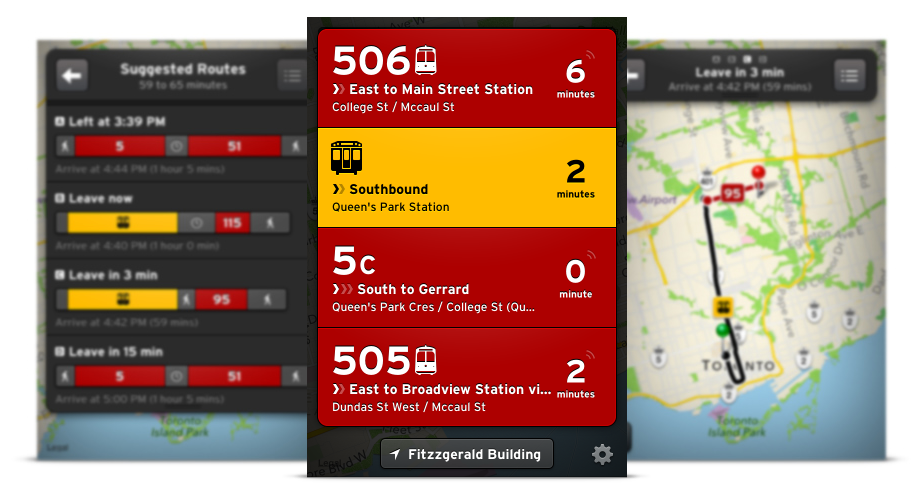 It’s amazing what being featured by Apple can do. This past week, Transit, which provides real-time bus and train schedules in just 37 global cities, went from slightly over a thousand downloads a day to 80,000 downloads in a single week.

Sometimes it pays, in wars between giants, to align with one side.

“Apple has been featuring us almost four months straight since September,” Transit co-founder and CEO Sam Vermette told me yesterday. “But a day after we launched our new version on Tuesday, we got an email that showed a screenshot of the app store home page with the Transit banner on it.”

In other words, Transit went from being featured in the Navigation category to being featured on the front page — exactly what you see when you open the App Store app on an iPhone. And, in the process, jumping to #1 in the Canadian app store and #11 in the U.S. app store. 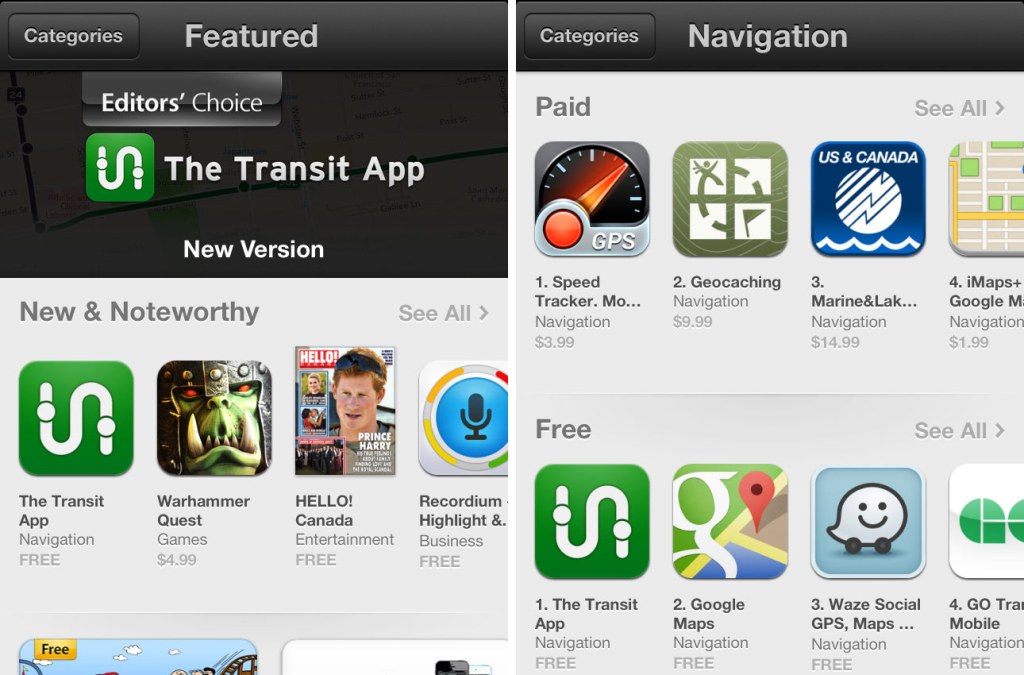 How do you get that?

By aligning with your partners against mutual enemies — in this case Google. Google, of course, is the 900-pound gorilla of navigation, and its Google Maps app has been one of the top downloads on iOS since Apple allowed it back on the app store after previously booting Google in favor of its own mapping app. Consistently since then, Google Maps has ranked number one or two in the iOS app store.

Which can’t make Apple very happy — it’s an ongoing admission by Apple’s own users that Apple’s mapping solution is subpar. And that’s kind of where Transit fits in.

“Apple approached us a couple of months before iOS6 launched,” Vermette told me. “We’ve always had a very tight relationship with them, and they were looking for navigation apps to replace Google Maps.”

That alignment with Apple, and a natural enemy in Google — which also offers commuting information — culminated last week with the launch of Transit’s 2.0 app, as the company took the price tag off its app, offered it for free, and launched to the top of the app store charts … with a little help from Apple. 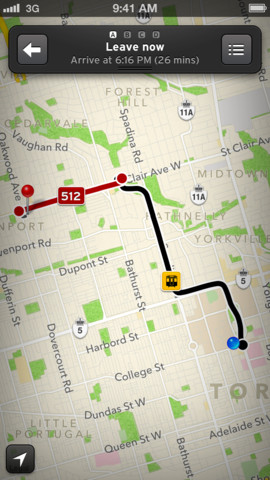 Going free was a result of advice the two-man startup received just months ago as Transit entered FounderFuel, probably the largest Canadian accelerator. The initial strategy was simple: get more users, and make money on super-helpful local advertising, since the product itself is hyperlocal by nature. Now, however, thanks to the company’s close relationship with major city transportation agencies, that’s developing into a mobile ticketing strategy, which the team is developing for an upcoming version three.

There too, the company has an advantage on Google.

Transit integrates tightly with local cities that offer real-time data from GPS-enabled trains and buses. That integration is now easy, but the legal work sometimes is not. And the legal challenges that some cities have had with Google have opened doors for Transit. In one case — I cannot reveal the name, but it is a top-five global city in terms of population — the city has broken off negotiations with Google and approached Transit for an exclusive.

“That was a big win for us,” Vermette says, although the deal is still to be announced. “Google Maps is only a trip planner … it makes it really awkward and cumbersome to get departure times.”

As the company looks at monetization, one question that comes up is: How much money is in this space? And, is it growing?

Public transit is growing every year, Vermette answers, adding that ridership is growing about three to four percent per year. And mobile apps like Transit make a huge difference in that growth, he says, making public transit much friendlier and more accessible.

“With smartphones, people actually get to work on the bus or on the train,” Vermette told me. “Whereas before commuting would be wasted time, now people can save money, save time, save the environment, and gain productivity … get more time in their day.”

While it’s a big help to be featured by Apple in the app store, it’s now up to Transit to maintain that momentum, add more global cities where public transportation is big and growing, and actually develop that planned monetization model.

Ultimately, Vermette knows, a tiny commuter’s app that focuses on buses and trains is not going to beat the massive, well-funded, and multifunction Google Maps — in downloads, users, and time spent in app. But if Transit can continue to carve out its niche and build a simple mobile ticketing solution, it has a real chance to be a significant player.

And it never hurts to get a boost from partner.