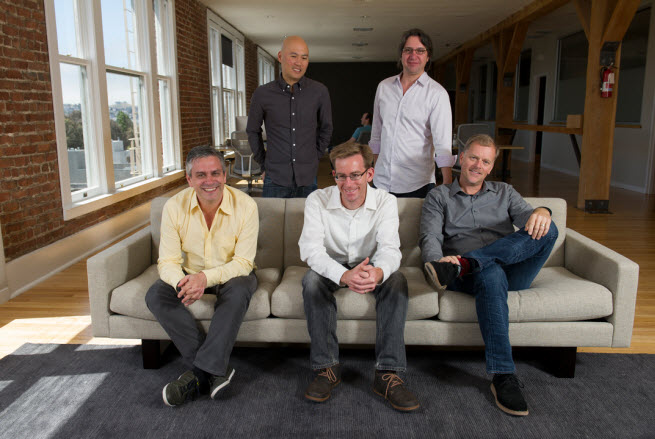 N3twork thinks that social networks and communications platforms have it wrong. They organize networks based on your friends. But interest networks could be much more powerful.

That’s the thinking behind N3twork, a new startup of Neil Young, the former chief executive of social mobile gaming firm Ngmoco. Young revealed in an interview with VentureBeat that he has teamed up again with Ngmoco cofounder Bob Stevenson to create a new kind of web startup. The company has $12 million in a round of funding led by Kleiner Perkins Caufield & Byers.

Their last startup was a big success, as Japan’sDeNA bought Ngmoco in October 2010 for around $400 million. Young stayed on for a time and helped the company succeed in the U.S. market. That revolution isn’t quite complete, but Young said it gave him insight into how interest-based networks can be extremely powerful. DeNA brought together people who were interested in just one channel: games. But this time, Young and Stevenson want to reach a much broader community of people.

“We’re creating a new Internet experience,” Young said. “People use the web and browsers to access the Internet today. It doesn’t work well. The experience of Safari and Chrome on tablets and smartphones is substandard. It’s a decades-old technology that wasn’t created for touch.”

Bing Gordon of Kleiner Perkins is on the board. Other investors include Google Ventures (Joe Kraus) and Floodgate Capital (Mike Maples).

Stevenson and Young left Ngmoco last year and started to come together on their ideas last fall. Young was watching the presidential election with his wife and they had the TV turned on to CNN. They were also looking at laptops, tablets, and smartphones. But there was no way they could pull those different platforms together in a coordinated way to focus on what they were interested in: the election. With N3twork, the idea is to build an interest-based network that would be the logical to organize the web, if it were invented today.

“There has to be a better way to access the Internet’s rich media and arrange it in a way so that it is more engaging and easy to share,” Young said.  “Our product will be an app you will download. It presents internet information based on things you are interested in. We want to bring those things to the surface.”

N3twork connects digital content based on your interests. If you’re interested in an election, N3twork would pull together information into a channel, Young said. That would include sources like CNN, videos on YouTube, messages on social networks, and chatter in Internet forums. Right now, you would have to go to a lot of different sites to pull that information together. Then you would have to go on Facebook and Twitter to share that information. N3twork will provide you with the channel and the capability to share information with others, Young said. And it will work across all the screens in your life.

If you think this idea competes with Pinterest, Twitter, Facebook, and Google itself, you would be right. It’s an attempt to set right the whole web so that it works for people. It pulls together technologies that include search, communications, and social networking. The “engagement network” will have channels with both premium protected content and free content. It will support user-created content.

“Nothing we have seen comes close to this,” Young said.

The whole enterprise is an odd thing for this team to be doing. Stevenson and Young are game developers. Their other cofounders include Alan Yu, the head of business operations and another cofounder of Ngmoco; Erik Lammerding, a former head of consumer third-party apps at Apple; Stephen Detwiler, a head of technology and formerly of Ngmoco and Sony. The team has 12 people and a number of other contractors.

The best thing the team has going for it is that it has tasted success and is hungry for more. The company is planning on launching its app this year, starting on Apple’s platforms. Young isn’t yet talking about how to monetize the business.

“Facebook started with a small number of people and grew into a really big company,” Young said. “If we do this right, it is a very big opportunity.”