OpenFeint founder Jason Citron is unveiling his new startup’s battle arena game, Fates Forever. This is the first title from his tablet-only game company, Hammer & Chisel, and it’s the company’s first attempt to become the “Blizzard of the post-PC era,” a reference to the extremely successful Blizzard Entertainment (World of Warcraft, StarCraft, Diablo). 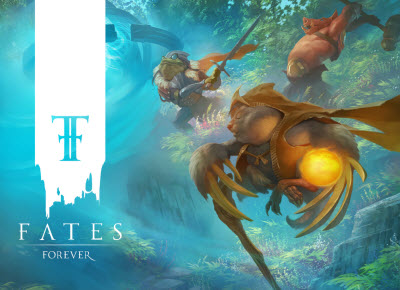 The title is interesting because it comes from a well-funded startup — Citron has raised $2 million to date — and a successful entrepreneur. Citron founded OpenFeint as a mobile social network and sold it to Japan’s Gree for $104 million in 2011. Citron took the money and founded Hammer & Chisel, which he previously called The Phoenix Guild. The new name reflects a craftsman’s approach to making high-quality hardcore games on mobile, Citron said in an interview with GamesBeat.

Fates Forever is a reinterpretation of the world’s most popular hardcore game, League of Legends from Riot Games. League of Legends, itself based on the Defense of the Ancients mod for Warcraft, debuted in 2009 and established the hot category of the multiplayer online battle arena (MOBA) game. Since then, multiple rivals have emerged, but League of Legends still dominates with tens of millions of monthly players.

But Citron is very focused on making a successful MOBA on tablets. In his game, three players can battle against another three in a beautifully rendered environment. In the world, humanity has fallen under a curse, where people turn into animal-human hybrids at the age of 13. The people fight in combat tournaments in the hopes of changing their fates.

“Here we are, a year later, and there is almost no good content [games] for gamers to play for hours at a time,” Citron said.

Fates Forever doesn’t have a single-player version, and you can’t play it on a smartphone — only on a tablet. It has touch-oriented special moves that you can’t do with a keyboard or mouse. For instance, a wizard’s special move is to fire a blast of flame. You trace the path of the flame with your finger by swiping the screen. Another character uses flicking gestures to activate its special move of dashing into enemies. Such features are unique to tablets.

“I love hardcore games, and I love mobile games – a space I’ve been involved with since day one,” said Citro. “I’ve been watching the next-gen consoles floundering while most people are buying and spending time on tablets. I really want to show the world what a great game in the post-PC era looks like.”

Citron says that touchscreen devices are replacing consoles as the primary medium for strategic and competitive gaming. In a poll taken of attendees of the Game Developers Conference in March, about 58 percent of gaming professionals said they plan to release their next game on a tablet or smartphone. About 11 percent said they would develop for the Xbox One and the same amount targeted the PlayStation 4.

Citron said that the team worked on a variety of concepts before it decided what it wanted to do. It studied successful companies such as Nintendo and noticed how it takes the same game or characters and introduces it to a new platform by changing the user interface, like when Mario moved from the 2D world to the 3D world. To many game companies are trying to port mouse and keyboard games into the tablet world, and that doesn’t work, Citron said.

“We reinterpreted League of Legends for a large touchscreen,” he said. “We said ‘Screw the mouse. Let’s do gestures.'”

Fates Forever will use modern monetization techniques that are respectful of good game design, Citron said. You won’t be able to buy your victory through virtual goods transactions, but you can decorate characters and equip yourself with options.

“We are prioritizing a good player experience,” he said.

The Burlingame, Calif.-based Hammer & Chisel was formed about a year ago when it closed $1.1 million in funding from investors including YouWeb, Accel Partners, and General Catalyst Partners. Citron said he has now raised $2 million. Since that time, the team has been working on Fates Forever and is targeting a summer launch. The company is hiring. It has five full-time people and a number of contractors. 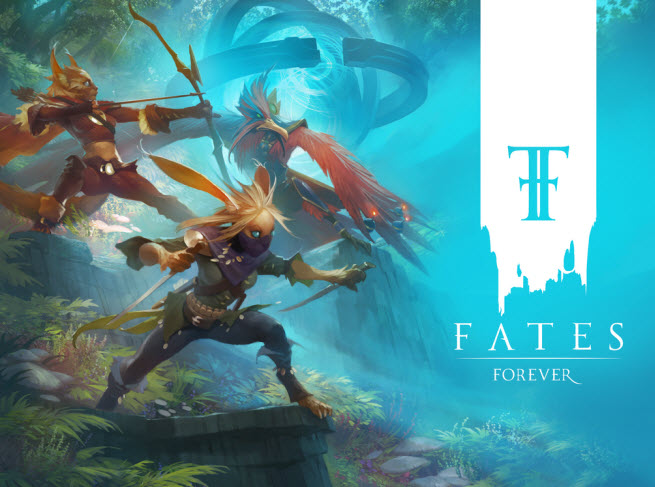